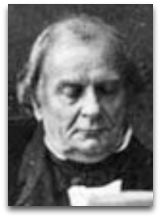 
Indicator diagram
Clapeyron, is credited as being the first person to use the graph of an indicator, thermodynamically. How he learned about the indicator diagram, however, is a bit of a mystery; the following is one take on this:

“Clapeyron represented the Carnot cycle in terms of a Watt indicator diagram; the familiar form that it assumes in the introductory pages of all modern textbooks on thermodynamics. How Clapeyron came to know about the indicator diagram is an intriguing and, at present, unsolved problem in the history of science. The secret was very closely guarded by Boulton and Watt; so well in fact that was not until 1826 that a well-informed engineer like John Farey first saw an indicator diagram being taken in Russia, and in this way learned of the principle.”

While historians, like Caldwell above, categorize this as an "unsolved" problem in the history of thermodynamics.

In 1822, Scottish engineer H.H., in his “Account of a Steam-Engine Indicator”, published in the Quarterly Journal of Science, Literature and the Arts (Ѻ), detailed the operation of the indicator, with indicator graph illustration, below left. The indicator diagram made by Clapeyron, by comparison, is shown above right.


In 1834, Francois Pambour, in his Treatise on the Steam Locomotive, of note mentions the Watt "indicator", but only in respect to give a description of the spring-coiled pressure measuring device, but not the indicator diagram. [5]

Influenced
In 1837, Clapeyron’s memoir was translated into English and formed one of the papers presented in Volume I of William Taylor’s Scientific Memoirs. [6]

In 1844, James Joule, having read and digested the Taylor translation of Clapeyron, began to attack the "conservation of caloric" aspects of the theory, as follows:

“The principles I have adopted lead to a theory of the steam-engine very different from the one generally received, but at the same time much more accordant with facts. It is the opinion of many philosophers that the mechanical power of the steam-engine arises simply from the passage of heat from a hot to a cold body, no heat being necessarily lost during the transfer. This view has been adopted by Clapeyron in a very able theoretical paper, of which there is a translation in the Third part of Taylor's Scientific Memoirs. This philosopher agrees with Carnot in referring the power to vis viva developed by the caloric contained by the vapor in its passage from the temperature of the boiler to that of the condenser. I conceive that this theory, however ingenious, is opposed to the recognized principles of philosophy, because it leads to the conclusion that vis viva may be destroyed by an improper disposition of the apparatus.”

— James Joule (1844), “On the Changes of Temperature produced by the Rarefaction and Condensation of Air” (pg. 188)

In 1845, Carl Holtzmann, as described in his “On the Heat and Elasticity of Gases and Vapors”, had obtained a copy of Clapeyron, but was unable to find a copy of Carnot.

In 1848, William Thomson, in his "On an Absolute Thermometric Scale", said the following in respect to how he learned of Carnot via the 1837 English translation of Clapeyron's work:

“Carnot’s Theory of the Motive Power of Heat – Published in 1824 in a work entitled Réflexions sur la Puissance Motrice du Feu, by M. S. Carnot. Having never met with the original work, it is only through a paper by M. Clapeyron, on the same subject, published in the Journal de l’École Polytechnique, Vol. XIV, 1834, and translated in the first volume of Taylor’s Scientific Memoirs, that the Author has become acquainted with Carnot’s Theory.”

On 2 Jan 1849, Thomson, having read Carnot’s Reflections, published, in ub Royal Society of Edinburgh, “An Account of Carnot’s Theory of the Motive Power of Heat”, in which the term "thermo-dynamic" was coined.

The discussions of Carnot, and the graphical summary of his work by Clapeyron, eventually reached the attention of German physicist Rudolf Clausius, in whose work thermodynamics was founded. [2]
Education
Clapeyron was a a former student of the École Polytechnique, whose interests were in the theory of structures and in civil engineering, generally.

Quotes | By
The following are quotes by Clapeyron:

“Dulong, in in his ‘Researches on the Specific Heats of Elastic Fluids’, established, by experiments, which are free from all objections, that equal volumes of all elastic fluids at a given temperature and pressure, compressed or expanded suddenly by a given fraction of their volumes, release or absorb the same absolute quantity of heat.”