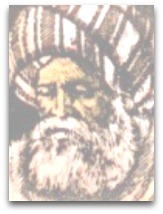 In existographies, Al-Battani (c.858-929) (IQ:165|#445) (GMG:22), aka “Albattani” (Guericke, 1672), was an Arab astronomer and mathematician; referred to as the "Ptolemy of the Arabs"; considered the greatest and best known astronomer of the medieval Islamic world; noted for his work in trigonometry; quoted by Copernicus; cited by Guericke (1672) who he refers to as the "follower [or successor] of Ptolemy".

Quotes | On
The following are quotes on al-Battani:

“When I attribute certain motions to the terrestrial globe, they will immediately shout to have me and my opinion hooted off the stage. Therefore, when I weighted these things in my mind, the scorn which I had to fear on account of the newness and absurdity of my opinion [that the earth moves] almost drove me to abandon a work already undertaken. In fact, I kept [the manuscript] hidden among my things.”

— Nicolaus Copernicus (c.1540), a reference, supposedly, to the earlier work of al-Zarqali and al-Battani [2]

“Al-Battani and al-Fargani are astronomers of the first rank among Arabs.”

“That one cannot prove the existence of the moon's apogee and perigee by eclipses is clearly shown by the investigations of Ptolemy and Albattani who followed him, both of whom assigned different sizes to the angle subtending the moon in the apogee of its epicycle and the angle subtending ft in perigee which was 4' according to
Ptolemy and 5'50" according to Albattani.”