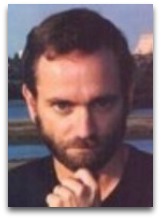 In hmolscience, Alan Nelson (c.1956-) is an American philosopher noted for his 1989 theory that economic agents can be view or modeled, in physical chemistry terms, as “human molecules”, a person defined economically as a molecule, cited by the 2009 Oxford Handbook of Philosophy of Economics as being the co-originator, along with Dutch-born American economist Tjalling Koopmans, the winner of the Nobel Memorial Prize in Economic Sciences, of the "economic agents" viewed as individual "molecules" or human molecules theory. [1] Nelson's theory was first published in the 1992 chapter "Human Molecules" in the the multi-author book Post-Popperian Tradition in Economic Methodology. [4]

Overview
In the late 1980s, Nelson, while a philosophy professor at the University of California, Irvine, began developing a theory in which economic agents are viewed, in a physical chemistry and thermodynamic sense, as “human molecules”.

In 1989 and 1990, Nelson began sending out various versions of his expanding theory in a paper entitled "Human Molecules", manuscripts which have since been cited and discussed in talks by the likes of those as economists Keven Hoover (Duke University) and Wade Hands (University of Puget Sound), among others. [2] Hoover comments 1990 version of Nelson's 1990 "Human Molecule" manuscript: [3]

"Macroeconomics deals in aggregates. These aggregates are composed of the behaviors of individuals. Consumption as reported in the national income accounts is just the summation of the purchases of a nation's citizens. It is tempting then to see economic agents as human molecules (cf. Nelson [1990]) and the relations postulated in macroeconomic theory or measured in macroeconometrics as the analogues of the ideal gas laws or other macrophysical relations. But there is a crucial and obvious difference: molecules do not make choices, people do; and they do so with reference not just to the immediate past and their immediate surroundings, but also with reference to future goals and to global or macro relations."

In 1992, following further theory development and feedback, Nelson's manuscript was expanded into into the first chapter of part two ("Molecules and Games") of the multi-author book Post-Popperian Methodology of Economics; the part two section of the book consisting of the following three chapters: [4]

Nelson's 1992 chapter on human molecules, wherein he conceives economic agents as “human molecules”, has since gained a level of following, having been cited more than a half-dozen times as a forerunner to the economic-version of the human molecule construct. [5] The 2009 Oxford Handbook of Philosophy of Economics specifically cites Nelson has having originated this term in economics, each human molecule defined specifically as an 'ontologically distinct individual'; the term "human molecules" is also referred to, by the Oxford Handbook, as Danish-born American economist “Tjalling Koopmans's evocative coinage”, the noted joint winner of the 1975 Nobel Memorial Prize in Economic Sciences. [1] The actual publication where Koopmans' uses the term "human molecule", in coinage, however, is difficult to track down.

In regards to Nelson's version, Australian philosopher Brian Ellis explains, in his 2001 Scientific Essentialism, that the comparison between molecules and humans is “explicitly drawn and discussed at length”, particularly in regards to modeling neoclassical economics in the view of classical thermodynamics. [6]