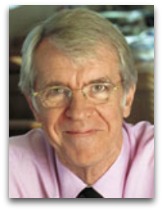 “The concept of entropy has, until recently, been used primarily in the nonsocial sciences. This book is an attempt to show that it has a useful and valuable role in one branch of the social sciences—the study of urban and regional systems. It is hoped that ‘entropy’ enables the social scientist to tackle some basic problems in a fruitful way, and thus to make progress which might not be possible so easily with more orthodox tools.”

Specifically, Wilson envisioned that the statistical version of the entropy maximization method could be applied to urban and regional models, a type architectural thermodynamics theory, which he describes fully in his 1970 book Entropy in Urban and Regional Modelling, in which the logic of general systems theory and entropy is used to facilitate city planning. [1] His first citation, however, is to the 1957 work of Edwin Jaynes.

Overview
Wilson gives the following as to theory starting origin: [1]

“[My theory] has its origins in some work I was doing in 1966 when I realized that the well-known gravity model could be derived on the basis of an analogy with statistical mechanics rather than Newtonian mechanics.”

In 1969, in social physics, Wilson published “Notes on Some Concepts in Social Physics”, in which he discussed two applications of physics to the social sciences, namely what he referred to as the “population potentials” and the “gravity model”, in which he outlines his plan to apply statistical mechanics and information theory (see: Shannon bandwagon) urban and regional modelling. On the use of analogies, in this paper, Wilson states: [3]

“When concepts are transferred from physics to social sciences, the underlying analogy is often unsound, but by systematic analysis, the analogy can be made sound, and the increased understanding thus achieved can create powerful tools (see: toolism) and concepts which are adequate for their new employment. Though part of the study may proceed through analogy, in the end the analogy must be thrown away.”

In 1980, Wilson published Catastrophe Theory and Bifurcation: Applications to Urban and Regional Systems, on what seems to be an application of the 1960 catastrophe theory of French mathematician Rene Thom and the 1972 bifurcation theory of Belgian chemist Ilya Prigogine to urban systems, the abstract of which is as follows: [4]

“Mathematical models have long been used by geographers and regional scientists to explore the working of urban and regional systems, via a system where the equilibrium point changes slowly and smoothly as the parameters change slowly and smoothly. However, this all changed with the advent of catastrophe theory and bifurcation, which enabled the development of models where a quite sudden change in the position of the equilibrium point results from a slow, small, smooth change in one or more parameters.”

Wilson's entropy theory work was cited in 1990 by Kenneth Bailey. [5]

Education
Wilson completed his BA in 1966 in mathematics and MA in theoretical physics in 1966, at the Rutherford Laboratory, both at University of Cambridge. In 1965, he began converting to the social sciences through research on the mathematical modelling of cities, and from 1964 to 1966, he was a research officer at the Institute of Economics and Statistics at Oxford University. He had research posts in Oxford and London before being appointed as Professor of Urban & Regional Geography at the University of Leeds in 1970. In 2007, he joined University College London's center for Advanced Spatial Analysis as professor of urban and regional systems.

Quotes | On
The following are quotes on Wilson:

“Alan Wilson has written extensively on the use of entropy in social modeling. The specific case which he has emphasized is that of trip frequencies in travel between various points. His general philosophy relies heavily on Jaynes.”