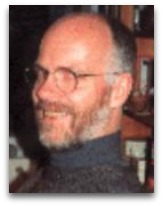 In thermodynamics, Alastair Jenkins (c.1952-) is a Danish atmospheric physicist noted for his 2005 article “Thermodynamics and Economics” in which he gives a general historical derivation overview of the various methods of thermodynamics and concludes that economic activity can be modeled on the tendency for systems to maximize entropy.

Difficulties on theory
Jenkins culls his approach on the incorrect Edwin Jaynes method of information-based derivation or MaxEnt school of thought. [1] What is interesting about Jenkins paper is that his opening derivation is fairly clean; the red flags in the paper are his use of the acronym MEP (maximum entropy principle), placing his work in the realm of information theory based thermodynamics.

Migration | Immigration
Jenkins, in one interesting passage he compares people as being analogous to the molecules of the atmosphere and using English historian Peter Laslett’s 1979 description of the 17th century gentry of England as “the families of the ruling segment pressed, like atmosphere, evenly, over the whole face of England”, he expands this by saying that “as in a body of gas evenly distributed throughout a container, their spatial distribution was in a state of maximal entropy. Conflicts with other societies provide an additional source of energy dissipation and or entropy production and absorption of ‘excess population’.”

Education
Jenkins completed his BA in natural sciences and physics at the University of Cambridge, MS in 1975 with a thesis on “A critical survey of the aeronomical effects, up to 120 km altitude, of the temperature structure of the atmosphere”, and PhD in 1977 with his dissertation on “Noctilucent clouds: structure and dynamics”, at the University of Aberdeen, Scotland. Since 2002, he is a research scientist at UniResearch at the Geophysical Institute, University of Bergen. It is likely at some point along the way, that Jenkins studied atmospheric thermodynamics.