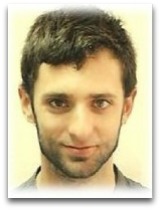 In hmolscience, Alberto Hernando (1981-) is a Spanish physicist noted, in human thermodynamics, for his 2009 to present publications in thermodynamics applied socially, with which they use as the basis for SThAR, an physics-based business consulting firm, claiming to be able to make social predictions.

Overview
In 2000, Hernando, in his “Fisher-information and the Thermodynamics of Scale-invariant Systems”, asserts, with his associates, supposedly, that they “confirm analogy between properties of social systems (such as electoral results, city populations, citations in physics journals) and the thermodynamics of gases and liquids”, which thus forms the basis of his theory of social thermodynamics. [1]

Hernando is called, by his business partner Gregory Botanes at the recently formed business consulting company SocialThermodynamics.org, the “father of the theory of social thermodynamics”. [2]