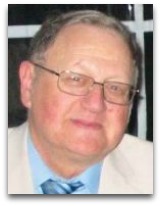 In existographies, Alec Groysman (1948-) (CR:28) is a Russian-born Israeli chemical engineer noted, in hmolscience, for a number of presentations and articles on the use of the overlap of physical chemistry, art (art thermodynamics), and literature (literature thermodynamics), in engineering curriculum, and in particular for his 2011 Italian university rectors Generative Art Conference presentation “Use of Art Media in Engineering and Scientific Education”, wherein he describes Goethean-Thims based human chemistry as a "new scientific field" which he advocates for use in engineering and scientific education.

Human chemistry | Engineering and scientific education
In his 2011 conference presentation “Use of Art Media in Engineering and Scientific Education”, Groysman cites the human chemistry work of Johann Goethe and Libb Thims, among others; and discusses how not only is their "two cultures" (as professed by Charles Snow) but more likely "three cultures". [2] The following are photos and paper presentation excerpts from the conference:


The latter "to be or not to be" sentence fragment, to note, is a paste addition from his earlier 2004 article “Aesthetic, Philosophical and Historical aspects in the Physical Chemistry education”, shown below right. The full 2011 conference excerpt on human chemistry is shown below left.


Other
In 2004, Groysman, in his article “Aesthetic, Philosophical and Historical aspects in the Physical Chemistry education”, commented the following telling statement: [1]

Groysman states that English author Charles Howard Hinton, in his scientific romance “The Persian King”, supposedly, approached the theory of the fourth dimension through an allegory of thermodynamics. [1] Groysman also comments on the thermodynamics usage in the humanities by: Bruce Clarke, Rudolf Arnheim, Judigh K. Townsend, among others.

Education
Groysman completed his MS in chemical engineering in 1973 on isotopes and pure substances and PhD in physical chemistry on corrosion materials, both at the Mendeleev Chemical Technological University, Moscow; he presently is a professor of mechanical and biotechnology engineering at the ORT Braude College of Engineering, Israel.