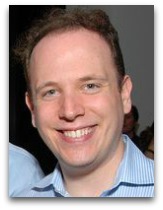 In existographies, Alexander Wissner-Gross (1982-) (CR:17) is an American mathematician, electrical engineer, and physicist, a former child prodigy of sorts, described by Czech-American theoretical physicist Lubos Motl in 2007 as an "interdisciplinary genius", noted for []

Overview
In 2013, Wissner-Gross, in his “Causal Entropic Forces”, co-written with American mathematician Cameron Freer, attempted to argue that "intelligence" and intelligent behavior stems from the impulse (see: impulse theory) to seize control of future events in the environment, which they consider as a fundamentally thermodynamic process, and argue that important landmarks in human evolution, like the use of tools, upright walking and social organization, are deﬁning behaviors of a human cognitive niche that spontaneously emerge through what they refer to as "entropic forces", which they equate to or characterize by entropy maximization. [1] Their article, of note, cites Thomas Wallace (Wealth, Energy, and Human Values, 2009), Dietrich Stauffer (The Beginning of Infinity, 2011) as econophysics representatives, along with other thinkers such as: Eric Chaisson, Alex Kleidon, and Eric Verlinde. Their article, of curiosity, has stirred a bit of a media frenzy, as far as thermodynamic theories go, with discussions and news postings on the theory found in over a dozen press outlets ranging from Forbes to BBC News to Physics Today. [2]

The following is Wissner-Gross' cart-and-rod diagram, from his computer simulation program Entropica, that operates based on what they call "causal entropic forces", which they define as forces of the motivation for intelligent behavior, which encourage a system to preserve as many future histories as possible. In the cart-and-rod exercise simulation, these entropic forces, supposedly, control the cart to keep the rod upright. Allowing the rod to fall would drastically reduce the number of remaining future histories, or, in other words, lower the entropy of the cart-and-rod system. Keeping the rod upright, according to Wissner-Gross and Freer, maximizes the entropy. It maintains all future histories that can begin from that state, including those that require the cart to let the rod fall. Wissner-Gross and Freer, in their abstract, state:

“Recent advances in fields ranging from cosmology to computer science have hinted at a possible deep connection between intelligence and entropy maximization, but no formal physical relationship between them has yet been established.”

Ideas and theories on intelligence and entropy, however, are not new, as Wissner-Gross and Freer seem to think—theorists include: Hungarian-born American prodigy turned mathematician and chemical engineer John Neumann, and his NASA-funded 1948-1953 thermodynamics-based automaton theories (see: Neumann automaton theory); Canadian materials science engineer Jack Kirkaldy, and his 1965 His “Thermodynamics of the Human Brain” outlines a free energy minimization principle of brain operation, consciousness, and development and his followup “Thermodynamics of Terrestrial Evolution”, which argues that the “causal element of biological evolution and development can be understood in terms of a potential function which is generalized from the variational principles of irreversible thermodynamics”; Chinese-born Canadian mathematician and economist Jing Chen, and his 2005 "entropy theory of the human mind" theory; American neuroscience researcher Todd Hylton, and his 2009-2012 Darpa-funded "physical intelligence" project; to name a few.

Education
Wissner-Gross seems to have been a bit of an accelerated prodigy in youth, performing with the New York City Opera Children’s Chorus in 1992 and winning a number of state and national awards in mathematics, language, and computer science, and gifted talent searches before 1996. In 1997, Wissner-Gross was ranked 4th in the USA Computer Olympiad for student programmers. In 1998, age 16, Wissner-Gross spent summer doing "sand box physics", supposedly of the Per Bak variety. [4] In summer 1998, Gross had just finished his junior year at Great Neck South High School on Long Island, and was known as a “legendary whiz kid”. In 1998, he came in first in the USA Computer Olympiad, and also won the USA Math Talent Search competition, which he won again in 1999. A skilled fencer and singer, he performed with the New York City Opera for its 1992 and 1993 seasons. [4] In 1999, Gross graduated first out of 225 students at Great Neck South High School, New York, and in 2003 graduated first out of about 550 students of the MIT school of engineering, simultaneously completing three undergraduate degrees: SB in physics, SB in electrical science and engineering, and SB in mathematics, on of which involved a thesis on “Surface Intruder Dynamics in Granular Fluids”. He then completed an AM in physics and a PhD in physics, with a dissertation on “Physical Programmable Surfaces”, in 2008, both at Harvard University. Since 2010, Wissner-Gross has been a research affiliate at the Media Laboratory at MIT and an researcher at the Institute for Applied Computational Science and the Harvard Innovation Lab, Harvard University.

Further reading
● Wissner-Gross, Alexander. (2015). “Engines of Freedom” (Ѻ), in: What to Think About Machines That Think: Today’s Leading Thinkers on the Age of Machine Intelligence (pgs. 418-20). Harper Perennial.