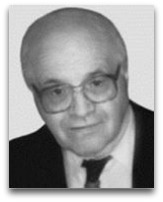 In existographies, Alexander Zotin (1926-2000) (CR:9), or Aleksandr Il’ich Zotin, was a Russian biophysicist noted, in hmolscience, for a number of books on the thermodynamics of biological processes, i.e. chnopsological thermodynamics.

Overview
In 1972, Zotin published Thermodynamic Aspects of Developmental Biology, his most popular book. [1] In 1997, Zotin stated the following finalized views on his his thermodynamic theory of development: [8]

“All phenomena occurring in nature may be subdivided into two classes: occurring on their own (that is spontaneous processes) and occurring as a result of some forces (action-compelling processes). It is evident that the development of an organism is a "spontaneous process", and we can hardly imagine this process to be the result of some forces outside an organism. We cannot accept the vitalism views of special forces or laws inside organisms, which are not physical but may determine. The phenomenological theory of ontogenesis regards the processes of organism development, growth and aging as a spontaneous process of living system transition from a less probable state to a more probable one, which may be described in terms of thermodynamics. In this respect, it takes over after other thermodynamic theories of development (Bauer, 1935; Salzer, 1957) and especially the theory of Prigogine-Wiame (Prigogine and Wiame, 1946; Prigogine, 1967; Zotin, 1972).”

In 1978, Zotin supposedly asserted that German physicist Hermann Helmholtz, was one of the first to argue that life somehow circumvents the second law; this assertion, however, may be misattribution (fact check)? [2]

Zoton, according to Paris Arnopoulos, had some type of structural size stability law correlating boundary stability with dissipation rate. [9]

Human thermodynamics
In 1996, Zotin, in his “Aspects of Bioenergetics and Civilization”, co-written with Ingolf Lamprecht, argued that the appearance of civilization is regarded as a mechanism to hasten the heat death of our universe. [3]

Thermodynamics
Beginning in 1966, until his death (de-reaction), Zotin focused on studying the energetics and thermodynamics of developmental processes; initially his goal was to confirm the thermodynamic theories of Ilya Prigogine and Viam (?) based on principles of nonlinear thermodynamics. In ichthyology, in or prior to 1969 to 1980, what has been called the Prigozhin-Viam theory, supposedly cited by Zotin (1969), argues that a live organism belong to the open system category, because they exchange substances—hence, in the process of aging an ontogenesis the value of the production of entropy of the organism as a whole decreases constantly. [6] The person named "Viam" cited here, to note, may be a fictional person issue; possibly a Russian to English translation issue?

In any event, Zotin soon, however, began to formulate his own conception of the thermodynamics of biological processes, with specific focus on the developmental processes. This effort resulted in the publication of more than 100 papers and several monographs, including the editing of four collected monographs on the problems of thermodynamics of biological processes in Russian and English. [4] A focus of his was to find a correlation between the level of energy metabolism, the evolutionary status, in relation to the origin of various animals. [5]

Zotina
From 1967 until at least 1993, Zotin co-authored a number of articles, chapters, and books with his wife Rimma Sergeevna Zotina (), often cited as R.S. Zotina; in their 1982 chapter “Kinetics of Constitutive Processes During Development and Growth of Organisms”, supposedly, labeled the two parts of the Prigogine entropy function (deS and diS) as external dissipation function and bound dissipation function.

Education
In 1950, Zotin completed his undergraduate work in developmental biology at the Moscow State University, in the department of Darwinism; after which he entered the postgraduate school at the Severtsov Institute of Animal Morphology, USSR Academy of Sciences, and defended his candidate thesis “Structure in Sturgeon and Salmonid Fishes” in 1954. In the years to follow he focused on biological physics, summarizing his work on water metabolism in embryogenesis in a 1961 monograph, which was defended as a doctoral dissertation (1963). [4] In 1990, Zotin was listed as “professor Dr. A.I. Zotin” associated with the Institute of Developmental Biology and with the Academy of Science of the U.S.S.R. in Moscow.