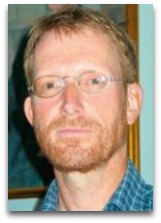 In human thermodynamics, Alf Hornborg (1954-) is a Swedish anthropologist and human ecologist noted for his 2001 book The Power of the Machine, written over a period of ten-years, wherein he discusses concepts such as the “thermodynamics of imperialism”, “thermodynamics and the economy of order”, the “exergy of hunter-gatherer societies”, among others. The following is a truncated opening quote from the book:

“The last quarter of the second millennium saw the rise of power of the machine. Power is here understood as a social relation built on an asymmetrical distribution of resources and risks. Power relations are culturally constructed but masquerade—to the powerful and powerless alike—as inevitable and natural. To reveal their arbitrary foundation, [i.e.] to unmask the power of the machine, we need to be open to thermodynamics.”

Free energy
In his 2006 article “Footprints in the Cotton Fields”, Hornborg outlines some interesting views on free energy. In introducing his theory, he states: [3]

“The second law of thermodynamics [stipulates that] the buildup and maintenance of industrial infrastructure necessarily requires a continuous net input of free or available energy.”

In a note, he comments that free energy or available energy is technically referred to as exergy and closely related to negative entropy, citing Erwin Schrodinger’s What is Life? (1944) and Nicholas Georgescu-Roegen’s The Entropy Law (1971) as references. [4] He then states:

“Industrial infrastructure—whether a factory, an industrial city, or the global ‘technomass’—must maintain an unequal exchange of free energy with its hinterland in order to survive.”

On the surface, this statement seems cogent, in that internal biochemical systems and reactions are said to be driven by free energy coupling between systems or reactions, e.g. ATP energy currency. In digging into the foundations of what is said here, however, we note that neither Schrodinger nor Georgescu-Roegen had a correct understanding of chemical free energy in respect to human-human interactions. Schrodinger related free energy as something released during digestion from food-stuff and Georgescu-Roegen related it to something released during combustion from natural fuels. Correctly, as defined by Rudolf Clausius (1865), Willard Gibbs (1876), Hermann Helmholtz (1882), Gilbert Lewis (1923), and others, free energy for a system of particles (atoms, molecules, or humans) is defined as state variable, symbol G, defined as:

where G is the Gibbs free energy, U the internal energy, P the pressure, V the volume, T the temperature, and S the entropy of the system of human molecules (human particles), an expression which meaning that free energy quantifies the “state” of the system at an given moment in time. In human-human interaction terms, the quantities of food-stuff and natural fuel-stuff become assigned as substrate interactions, having an effect on the activation energy (barrier to reaction) of human chemical reactions, not on the free energy of human-human interpersonal interactions. [5]

Techno-economics
Hornborg’s central theory is what he calls techno-economics, a view that treats technology and economics using a holistic framework, inclusive of the ecological environment. The worldview of industrial society, according to Hornborg, is to be viewed in terms of three levels of reality:

(a) Thermodynamics: and other properties of matter and energy, or nature, for short.
(b) Technical knowledge: or ideas about how to assemble various components and substances so as to exploit such material properties.
(c) Economics: defined as sociocultural institutions for exchange between individuals and groups.

On this basis, Hornborg presents a machine view of nature and economy.

Education
Hornborg completed his PhD in cultural anthropology in 1986 at Uppsala University. [2] Hornborg is currently professor and chair of human ecology at Lund University, Sweden.