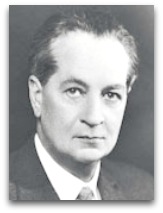 Quotes | On
The following are quotes on Radcliffe-Brown:

“I see most efforts at theoretical, and/or theory-method, integration as ignoring "natural," qualitative differences, whether Parsons, Merton, Radcliffe-Brown, or anyone else (See my MacIver, below, points 7 and 8).”

Quotes | By
The following are quotes by Radcliffe-Brown:

“Like other young men with blood in their veins, I wanted to do something to reform the world – to get rid of poverty and war, and so on. So I read Godwin, Proudhon, Marx and innumerable others. Kropotkin, revolutionary, but still a scientist, pointed out how important for any attempt to improve society was a scientific understanding of it.”

“Social structure is not to be thought of as static, but as condition of equilibrium that only persists by being continually renewed, like the chemical-physiological homeostasis of a living organism. Events occur which disturb the equilibrium in some way, and a social reaction follows which tends to restore it.”