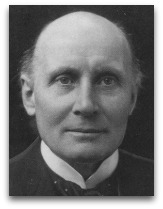 In existographies, Alfred Whitehead (1861-1947) [RGM:1,228|1,500+] (Stokes 100:58) (CR:31) was an English mathematician and philosopher, noted for []
-
Overview
In 1925, Whitehead put forward efforts to solve the "moral responsibility problem" via recourse to a organism-centric materialistic mechanism theory, and for his followup 1928 process theory wherein he outlines a god-based quantum based micro-panpsychist approach to mind and a micro-panvitalist approach to life, and in which he employ ‘extended’ usage of the term “organism”, to embrace the atomic and molecular aggregate of physics as well as chnopsology (biology) organisms. [1]
Organic mechanism | Organism + Materialism
In 1925, Whitehead, in his Science and the Modern World, a Harvard lecture series turned book, in rejection to the reduction of biology to physics, per reasoning that it seemingly negates individual moral responsibility, devised his “organic mechanism” theory, or organism + materialism, a type of materialistic vitalism dualism augmentative compromise, the gist of which, in key sections, he outlines, in his “The Romantic Reaction” lecture, as follows: [7]

“It is the defect of the eighteenth century [materialistic] scientific scheme that it provides none of the elements which compose the immediate psychological experiences of mankind. Nor does it provide any elementary trace of the organic unity of a whole, from which the organic unities of electrons, protons, molecules, and living bodies can emerge. According to that scheme, there is no reason in the nature of things why portions of material should have any physical relations to each other. Let us grant that we cannot hope to be able to discern the laws of nature to be necessary.”

“A scientific realism, based on mechanism, is conjoined with an unwavering belief in the world of men and of the higher animals as being composed of self-determining organisms.”

“Tennyson goes to the heart of the difficulty. It is the problem of mechanism which appalls him: ‘The star, she whispers, blindly run.’ This line states starkly the whole philosophic problem implicit in the poem. Each molecule blindly runs. The human body is a collection of molecules. Therefore, the human body blindly runs, and therefore there can be no individual responsibility for the actions of the body. If you once accept that the molecule is definitely determined to be what it is, independently of any determination by reason of the total organism of the body, and if you further admit that the blind run is settled by the general mechanical laws, there can be no escape from this conclusion. But mental experiences are derivative from the actions of the body, including of course its internal behavior. Accordingly, the sole function of the mind is to have at least some of its experiences settled for it, and to add such others as may be open to it independently of the body's motions, internal and external.”

This certainly is a mess of hatchet job at solution of the individuality problem of moral responsibility, in particular the assumption that "molecules run blindly", which certainly does not corroborate with modern physicochemical science, but nevertheless a starting point or launching pad for further discourse. Whitehead continues:

“There are then two possible theories as to the mind. You can either deny that it can supply for itself any experiences other than those provided for it by the body, or you can admit them. If you refuse to admit the additional experiences, then all individual moral responsibility is swept away. If you do admit them, then a human being may be responsible for the state of his mind though he has no responsibility for the actions of his body. The enfeeblement of thought in the modern world is illustrated by the way in which this plain issue is avoided in Tennyson's poem. There is something kept in the background, a skeleton in the cupboard. He touches on almost every religious and scientific problem, but carefully avoids more than a passing allusion to this one.”

Then he interjects with John Mill’s “materialistic mechanism” view, as he refers to it, and then continues:

“I feel that this theory is an unsatisfactory compromise. The gap between living and dead matter is too vague and problematical to bear the weight of such an arbitrary assumption, which involves an essential dualism somewhere.”

Here, Whitehead is addressing the life/non-life false dichotomy, which has been recently resolved by defunct theory of life (2009) and life does not exist (2010) solutions. Whitehead, to continue, then he jumps to the following mess of logic, according to which the electrons of the brain are somehow different than the electrons of a piece of paper:

“Thus an electron within a living body is different from an electron outside it, by reason of the plan of the body. The electron blindly rums either within or without the body; but it runs within the body in accordance with its character within the body; that is to say, in accordance with the general plan of the body, and this plan includes the mental state.”

He then states his theory as follows:

“I shalI not discuss Mill's determinism, as it lies outside the scheme of these lectures. The foregoing discussion has been directed to secure that either determinism or free will shall have some relevance, unhampered by the difficulties introduced by materialistic mechanism, or by the compromise of vitalism. I would term the doctrine of these lectures, the theory of organic mechanism. In this theory, the molecules may blindly run in accordance with the general laws, but the molecules differ in their intrinsic characters according to the general organic plans of the situations in which they find themselves.”

Process theory
In 1927-28, Whitehead, in his University of Edinburgh Gifford Lectures turned book Process and Reality, platforms on Henri Bergson’s creationism coded ideas, with ubiquitous references to Descartes and Hume, to produce some three-hundred plus pages of god babble soaked page fluff, to put things plainly.

His ideas, however, have attracted some modern thinkers who would like to sell encoded god theory in a semi-scientific sounding guise. To cite one example, Terrence Deacon (2011), claims that Whitehead, in his Process and Reality, makes the "most sophisticated effort to make twentieth-century physics compatible with teleological principles." [4] This assertion, however, is a stretch, based on a few paragraphs, wherein Whitehead attempts to give a new age / ontic opening stylized description of quantum ideas and electromagnetic theory.
Whitehead's organism theory extends, in his mind, down to the particle level and has been characterized as taking a micro-panpsychist approach to mind and a micro-panvitalist approach to life. [4]
Atomic organisms
The following is a 1929 reference, by British animal psychologist Lloyd Morgan, to Whitehead's atomic scale extended usage of the term "organism": [2]

The term 'panexperientialism' was coined in 1977 by American theologian-philosopher David Griffin, a combination of ‘pan’ meaning all of, the whole, or universal, and ‘experience’, meaning loosely to take place in an event, in commentary on Whitehead’s theories.

Whitehead, supposedly, argued that the distinction between biology and physics is that biology studies the more complicated organisms, physics the less complicated. American physiologist Charles Sherrington (1928) devotes a certain amount of text to a discussion of Whitehead's organism point of view in respect to inconsistencies with the term life and the so-called first living thing, concluding that perhaps to call the first "living" system as not alive. [1]

Influence
In the mid-1930s, Whitehead was a mentor to American psychologist James Miller who suggested that Miller make a serious attempt to develop a theoretical integration of the biological and social sciences dealing with mankind and other living beings comparable to the physical universe theories of English physicists Arthur Eddington and James Jeans. [3] It is likely from Eddington’s 1928 book The Nature of the Physical World that Miller learned his definition of entropy. The result of this influence was Miller’s 1978 living systems theory.

“If I answered letters, I would have no time for original work.”

— Alfred Whitehead (1915), reply to Bertrand Russell about Russell’s complaint that “Whitehead had not answered one of Russell’s letters” [10]

“A science which hesitates to forget its founders is lost.”

“Mankind is driven forward by dim apprehensions of things to obscure for his existing language.”


“The misconception which has haunted philosophic literature throughout centuries is the notion of independent existence. There is no such mode of existence. Every entity is only to be understood in terms of the way in which it is interwoven with the rest of the universe.”

“Intelligence is quickness to apprehend as distinct from ability, which is capacity to act wisely on the thing apprehended.”