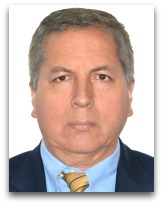 Overview
In 2001, Infante, in his “Social Entropy”, argued that social entropy is the quantity that measures the effects of the second law of thermodynamics in human social behavior and that the "state" of a human society as a “system” is described by the degree of dissatisfaction or satisfaction with the social, political, and economic rules. [1]

“Let’s postulate the following ideal scenario for our analysis. There is an extraterrestrial observer (see: advanced perspective) whose spacecraft is outside of our atmosphere and by the way, he is never visible to us. However, in spite of the distance, he is still able to distinguish the movement of individual human beings. Certainly, it would not take too long for him, to realize that the movements of human beings obey chaotic rules. This ideal scenario would not matter too much to him, unless he ignores the second law of thermodynamics, but indeed he does not ignore this law. Thus, such observer would conclude quickly that human beings express many forms of unusual, seemingly irrational, behavior. For example, he will be surprised looking at riots, political meetings, religious behavior, wars, etc. As a result of these observations, he would ask himself, what in hell motivates such uncommon behavior of the human beings? Suppose now that this alien visitor gets closer to the earth (remember, he is invisible to human beings) and manages to learn the reason why the human beings behave that way. Soon he would be able to understand that such apparently unusual behavior is consistently motivated by a lack of some degree of freedom; which may be summed up as a state of satisfaction or dissatisfaction. Viewed in this way, our social system may be approached through the second law of thermodynamics.”

Infante defines "social entropy" as a "function of social state, an expression of the degree of satisfaction or dissatisfaction of human beings; this state has to deal with the social, political, cultural and economic situation." He then partitions entropy of the social system into two parts, as follows:

Infante, in this scenario, stated that in social systems, the Gibbs free energy is the total energy in the system less the energy that is unavailable and that this difference represents the ‘state’ of the social system.

Education
In 2001, Infante was a professor at the School of Chemistry and Chemical Engineering, National University of San Marcos. In 2012, Infante gave a talk on “Modelling the Dynamics of Pulsed Isolation of Essential Oil” at the 9th Americas Conference on Differential Equations, Trujillo, Peru. (Ѻ)