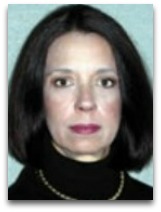 In hmolscience, Alicia Juarrero (1947-), or Alicia Juarrero Roque, is a Cuban-born American ontic opening philosopher noted for her 1999 book Dynamics in Action, wherein she espouses a philosophical blend of Aristotle, “nothing moves itself”, and Ilya Prigogine, “uncertainty reins at the bifurcation”, to position the argument that we must embrace uncertainty and novelty within the complex system. [1]

Juarrero draws on a number of conceptions, namely information theory, systems theory, and nonequilibrium thermodynamics, to outline a new way to reconceptualize the causes of action or what she calls action theory, in such a way that seems to favor emergence theory over reductionism. [2]

In 2011, Juarrero, supposedly under the advise of MIT Press, initiated legal action with the University of California, Berkeley, alleging that American anthropological neurologist Terrence Deacon stole the bulk content of her theory, promulgating it into his 2011 book Incomplete Nature: How Mind Emerged from Matter, albeit without any reference to her work. The 2012-launched sites AliciaJuarrero.com and TheTerryDeaconAffair.com are host to the ongoing legal investigation. [4]

Education
Juarrero completed her BA and MA in philosophy, and in 1977 completed her PhD with a dissertation on “Explanation of Moral Justification of Behavior”, all at the University of Miami. Juarrero then became philosophy professor at Prince George’s Community College, Maryland, retiring from that position in 2002; teaching only part time thereafter.

Further reading
● Roque, Alicia J. (1985). “Self-Organization: Kant’s Concept of Teleology and Modern Chemistry” (abs), The Review of Metaphysics, 39(1):107-35.
● Juarrero, Alicia. (2001). "Identity: From Newton to Prigogine," at the First Biennial Seminar on the Philosophical, Epistemological, and Methodological Implications of Complexity Theory in Havana, Cuba.