In symbols, alphabet refers to []

Greek alphabet
The following is a work-in-progress ordering of the "alphabet", as it transformed over 5,000 years, from a basis of religio-mythology significant key Egyptian hieroglyphic symbols, to the 24-letter Greek alphabet, to the modern 26-letter English alphabet: [1]


The letter "E" comes from the following references. [6] 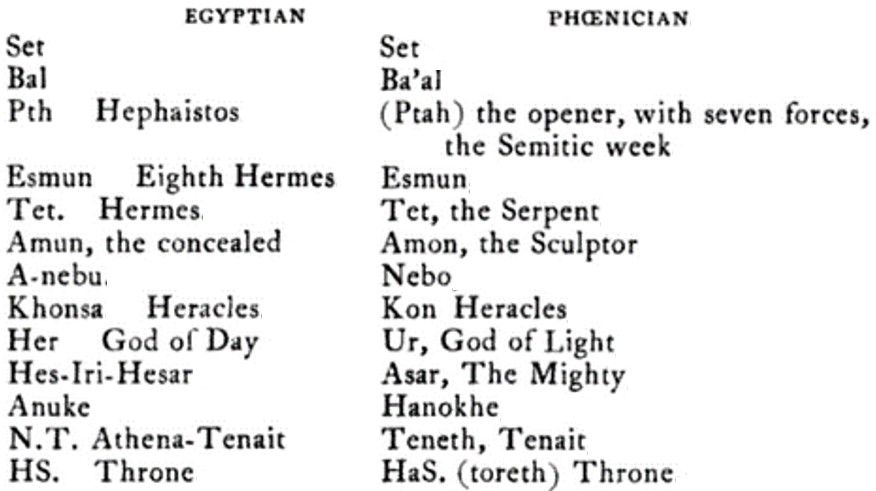 (add)
Theta | #9 | Ennead
The Greek symbol theta ‘θ’ (lower case), or Theta ‘Θ’ (upper case), represented the number 9 in the Greek numbering system, which, prior to the Greeks, was written by the Egyptians as a circle with X inside " ⊗ ", generally known as the symbol for the city of Heliopolis, aka "city of the sun", or also a circle with dot in side " ʘ ", the latter generally, however, being the symbol for Ra, the sun god, such as shown in Gardiner’s sign list (1929).

In c.280, Porphyry, in some publication, stated that the Greek theta corresponds firstly to the ‘soul’ of the world (see: world soul), and also, more importantly, that the significance of number “nine”, in respect to its use in as “theta”, was symbolic or representative of the famous “Ennead” [9 gods], or paut (group) of nine deities, of Heliopolis, as told in their Heliopolis creation myth, which is behind the constructions of the pyramids. [2]

In c.555, John Lydus, supposedly, noted that the Egyptians also used a symbol in the form of a theta for the cosmos, with an airy fiery circle representing the world, and a snake, spanning the middle, representing the agathos daimon or ‘good spirit’; which would seem to correspond to what we now call the "ouroboros". [4]

“The Egyptians were the authors and inventors of letters.”

“In the Greek He is called Theos: placer, arranger, He who brings cosmos out of chaos, if it be not one of the primitive forms for divinity, of which the literal meaning is unknown. Theos gives Thetis (mother of Achilles), Theta (mother of the sun): divine = Goda and Dione, besides many other names generally beginning with Theo, Thea, Thei, or their cognate forms. Theos, in combination with Doron: a gift, supplies us with Theodorus, Theodore, Tudor, which are often confounded with those from the Gothic word Theod: people, whence Theoderic, Derrick, Dirk, and these, again, frequently suffer confusion with those connected with the Celtic word Darach: an oak, as Derringer (often taken as an ally of above given) : oaken spear. Derringer being made famous by his pistols, suggests Shakespeare's well-known Pistol: either a man of Pistoa, a pistolier (like carbineer), or a maker of pistoles, and so = Pringle, probably the maker of an obsolete coin so called. Theos of the Greeks, gave Deus to the Romans, Dieu to the French, Dios to the Spaniards, Dio Italians, and deity to us.”

“The letter theta (Θ) was, in its archaic form, written as a cross within a circle (⊕, ⊗) and later as a line or point within a circle (Θ, ʘ). According to Porphyry (c.280), the Egyptians used an X within a circle as a symbol of the soul. Having a value of nine ‘9’, it was used as a symbol for the Ennead [nine gods], the nine major deities of the ancient Egyptians. The earliest of these, the great Ennead of Heliopolis, was comprised of the original creator god, Atum, often identified with Ra [Atum-Ra]; his children, Shu and Tefnut; their children, Geb and Nut; and the fourth generation, the brothers, Osiris and Set, and their sisters, Isis and Nephthys. Johannis Lydus (c.540) noted that the Egyptians also used a symbol in the form of a theta for the cosmos, with an airy fiery circle representing the world, and a snake, spanning the middle, representing the agathos daimon or ‘good spirit’. The Egyptians also used the sign of a point within a circle (ʘ) to represent the sun god Ra, the probable origin of its use as the astrological symbol for the sun. Coincidentally, theta had the same value in isopsephy as Helios, namely: ΘHTA = 318 = HΛΙΟΣ [Helios]. In classical Athens, theta was also known as the ‘letter of death’ because it was the initial letter of Thanatos [see: Mor] (death). It survives on potsherds used by Athenians when voting for the death penalty.”

— Kieren Barry (1999), The Greek Qabalah: Alphabetical and Mysticism and Numerology in the Ancient World (pg. 73) [4]

“In Old Hebrew and Phoenician as the letter tet ‘⊕’, also known as the ‘compass’, is part of all early alphabets, including Mayan, Chinese, Linear A & B, Etruscan, and the Indus Valley scripts. It also appears on early rock paintings all over the world. The tet became the Greek theta, originally written ⊕ (now θ). Theta is the first letter of god: theos [see: theology], and his throne or thronos.”