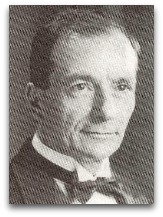 Overview
In 1940, Kuhn published Lost Light: an Interpretation of Ancient Scriptures, which is like-ranked, according to Amazon reviewers (Ѻ), as between Gerald Massey’s The Historical Jesus and the Mythical Christ (c.1900) and Tom Harpur’s The Pagan Christ (2004). [1]

Chemistry | Physics
Kuhn, as summarized by Tom Harpur (2004), supposedly, was trying to sell, in place of standard Christianity, an a seeming monism, Egyptian-based model, such that the “glow of Christliness is at once both chemically radioactive and intellectual”. [4] The following are representative chemistry and physics term usage (see: Beg analysis) quotes:

“The intelligent ancient Egyptians called the human body (see: Egyptian human) ‘the crucible of the great house of flame.’ The mingled fires of the four grades of consciousness, sense, feeling, mind and spirit flare up in a constant ‘burning’ in the body of man, and the product is as certainly determined by the nature and properties of the mixture as is any chemical compound in a test-tube. The true science of the psyche would be that which gives a knowledge by which one would mingle the proper elements in proper proportions (compare: William Fairburn, 1914). It is therefore as idle for a mortal to pray for results other than the one which the law of divine chemistry inexorably prescribes from the mixture, as it would be for a chemist to pray that certain combinations should give a result different from the known one.”

“Religion has ever tended to persuade that the forces of faith and prayer will override the laws of chemistry and physics and work miracles. Phenomena without end have been claimed and reported to substantiate the claim. Some of this appears formidable and carries conviction to many. It is bluntly contended here that it would be tragedy if special forces of faith and pietism, of thaumaturgy or sorcery, or any sort of psychological mummery could alter, negate or modify the laws of nature.”

These are good, indeed. In the following, however, Kuhn seems to grasp at some type of twisted idea of Kantian chemical deism, or something to this effect:

“If this mental chicanery is accepted and ecclesiastical history evidences that it is nearly universal, then it distinctly places divinity in the role of flouting its own expressly announced principle of morality, the assurance of an inviolable moral order in the world. Said Kant: “Two things fill the mind with ever new and increasing admiration and awe, the oftener and the longer we reflect upon them: the starry heavens above and the moral law within.” If the moral law is thus found conclusively sanctioned in the consciousness of the human, such authority must spring from its being the counterpart in man of the same universal law of the cosmic mind. If the moral law is sacred to man, it must be infinitely more sacred to god, and therefore inviolable. Logically, it cannot be assumed that god can break, ignore or set aside his own invincible principle of cosmic justice. He cannot vouchsafe benison indiscriminately. He cannot permit any to reap where they have not sown. He cannot out of the compassion of his heart, flout the laws of chemistry. He cannot lavish blessings upon some and leave others unnoticed. We simply cannot think of deity as being so passionately compassionate that it showers blessings without good judgment based on some principle of right.”

Here, this seems to be a grasp at something akin to what Pierre Teilhard was after in the 1930s.

Lectures
Kuhn, supposedly, gave over 2,000 public lectures: “I have given nearly 2,000 lectures all over the U.S. and Canada, and always have been asked to return.” [5] These lectures were always lengthy, detailed, and delivered to packed houses, with a “huge outpouring of vitality and strength”, as told by people who attended these, as Tom Harpur (2004) reports. [4]

Influence
Kuhn has been influential to those including John Jackson and Tom Harpur, the latter of whom cited Kuhn as one of his top three citation staples, along with Gerald Massey and Godfrey Higgins. [2]

Quotes | On
The following are Kuhn related quotes:

“Kuhn is a man of immense learning and even greater courage. He is one of the single greatest geniuses of the twentieth century, who towers above all others of recent memory in intellect and his understanding of the world’s religions.”

“Harpur's book is merely a reiteration of ‘pagan copycat’ theories. The bibliography contains many unreliable sources: Freke and Gandy, Acharya S [Dorothy Murdock], Tim Leedom, Thomas Doane, Earl Doherty, Helen Ellerbe, Kersey Graves, John Spong, Godfrey Higgins, Gerald Massey, Alvin Kuhn. These last three (in reverse order) are Harpur's most favored sources; throughout Harpur expresses bewilderment that these three "scholars" (the word he applies liberally to just about anyone, regardless of credentials), especially Kuhn, have been so vastly ignored. The idea that they have been ignored because they are not competent scholars does not occur to Harpur.”

“I personally find Gerald Massey to be a joke within academia. His criticism by known scholars was very positive. Here a paste on his reception in the scrutiny of academia. Christian theologian W. Ward Gasque, a PhD from Harvard and Manchester University, sent emails to twenty Egyptologists that he considered leaders of the field – including Kenneth Kitchen of the University of Liverpool and Ron Leprohan of the University of Toronto – in Canada, the United States, Britain, Australia, Germany and Austria to verify academic support for some of these assertions. His primary targets were Tom Harpur, Alvin Boyd Kuhn and the Christ myth theory, and only indirectly Massey. Ten out of twenty responded, but most were not named. According to Gasque, Massey's work, which draws comparisons between the Judeo-Christian religion and the Egyptian religion, is not considered significant in the field of modern Egyptology and is not mentioned in the Oxford Encyclopedia of Ancient Egypt or similar reference works of modern Egyptology. Gasque reports that those who responded were unanimous in dismissing the proposed etymologies for Jesus and Christ, and one unspecified Egyptologist referred to Alvin Boyd Kuhn's comparison as ‘fringe nonsense’.”

Quotes | By
The following are representative Kuhn quotes:

“Therefore, it would be found to be composed of the first two letters of the alphabet. This is precisely what is found in the Hebrew word for father: AB. Linking it with the Egyptian RA, the radiant solar deity, we have AB-RA-M, receiving later in its evolution the developed powers of godhood represented by the fifth Hebrew letter, he, and so becoming AB-RA-H-AM. And as Abram came out of the primordial empyreal fire, UR, it is hardly coincidental that even UR begins with that letter, U, which (with V) represents the downward line of descent, the turning upward and the return to the heights.”

“The next element is water, and this is a more pertinent symbol of the lower self in man even than earth. It stands in two senses, first, for the primordial essence of all substance, the water of the abyss, the mother principle of all things: secondly for the higher water of life. The first is called in Egypt the water of the Nun, or of Nu (Nnu, equated with Noah by Massey). The Greek Nux (Nyx), Latin Nox, perhaps matches this goddess of the infinite void, in whom there is nothing but the sheer potentiality of life. As this is the primal darkness and the void. Nu, Nun, Nyx, is apparently the linguistic original of all things negative in speech, as ‘no’, ‘none’, ‘not, ‘nought’, ‘never’, ‘negative’, German ‘nichts’ [see: hieroglyphics]. But out of it flashed the first ray of light. It was the water of source, and life is born out of water.”

“There is not one iota of history as we know it in the entire Bible!”

“It is quite exciting, incidentally, to know that the Genesis account of the creation of mankind through its first parentage in Adam and Eve bears the marks of derivation from the primary Egyptian symbolic depiction.”

“Thinking which does not start from and continue in close relation to its foundations in the physical universe must lead to falsity.”

“No one can make the search and discover these numberless resemblances without forming the conviction that the Bible writings are ‘rescripts’, often … corrupted, of ancient wisdom literature.”

“The Rosetta Stone ‘struck a mighty blow at historical Christianity’ by showing how Christianity stole all of its ideas from Egyptian religion.”