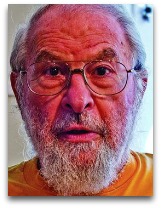 In hmolscience, Alvin M. Saperstein (c.1930-) is an American physicist noted for his 1982 suggestion that moral implications of thermodynamics be taught to college physics students and for his 1980s to 1990s work on the physics of war; and for his 1999 Dynamic Modeling of the Onset of War, wherein he attempts to model war using some type of linear equations.

In 1982, Saperstein, in his “Point of View: Ethics in the Classroom: Morality and the Laws of Thermodynamics”, suggested that moral implications of thermodynamics be taught to college students, the abstract of which is as follows: [1]

“The first and second laws of thermodynamics are usually presented as straight physics. Local problems (such as heat engines) may be assigned but seldom is any effort made to examine universal human problems. Considering moral implications of these laws makes them relevant to students, gaining their attention and easing instruction.”

War
In 1984, Saperstein published “Chaos: a Model for the Outbreak of War”, the abstract of which is as follows: [2]

“The chaos as formulated for physical dynamic systems is applied to a very simple nonlinear model of the arms race. The transition, from stability to instability, from arms race to war, could be analogous to the transition from a laminar to a turbulent (or chaotic) flow.”

In 1999, Saperstein published Dynamic Modeling of the Onset of War. [3]

Reductionism | Holism
Saperstein gives the following statement, in regards to his position in respect to the debate between the holistics (holism) and the reductionists (reductionism), himself siding more on the latter side:

“At first glance, it appears that the paradigm of ‘reduction’, the idea that the whole is just the sum of its parts (presuming, as it does, that the parts exist independent of the whole), is untenable when applied to a study of international relations. The opposite of reductionism might be characterized as ‘holistics’, that you cannot understand the whole in terms of its parts but must create an entirely different science starting from the whole (e.g., developing a science of the physical behavior of gases without presuming the existence of molecules—a science which actually has been done, i.e. thermodynamics, with limited successes). The practitioners of reductionism would counter that if you really know the properties of the individual, including knowledge of how that individual is governed by the environment in which it finds itself, that you could deduce the properties of the collective. Such an attitude towards a science, such a working hypothesis for the acquisition of further knowledge, is non-testable, as is Occam’s razor. You can’t say reductionism is wrong; its supports will say you haven’t pushed it far enough. The same can be said for holistics. However, when progress towards knowledge in a reductionism sense is made (as was the case with the physics of gases), it is usually felt that more understanding has been gained: you know more about something when you can link its behavior to that of its elements. I choose to try to make progress in this sense.”

Education
Saperstein completed his BS in physics at New York University, his PhD in 1956 with a dissertation on “Analysis of Proton-Proton Scattering Using Energy Dependent Boundary Conditions” at Yale University, and in 2011 retired from a career as a physics professor at Wayne State University, Michigan. (Ѻ)