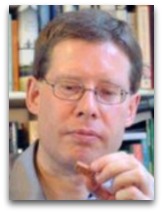 In existographies, Andrew Robinson (1957-) is a British genius studies scholar noted for []

Overview
In 2010, Robinson, in his Sudden Genius? The Gradual Path to Creative Breakthroughs, commented the following missing candidates qualms on Cox IQs: [1][N1]

“Cox, following a methodology basically similar to Terman's, and under his supervision, faced more constraints. Few of her chosen individuals had lives as completely documented as Gallon's. (Strangely, Galton was not included in the study, presumably on the grounds that he was not a bona fide genius.) So little could Cox discover about Shakespeare's life that he had to be excluded. Living individuals were deliberately excluded, so there is no Curie or Einstein, no George Bernard Shaw or William Butler Yeats in the study, for instance. In addition, Cox chose to eliminate those born before 1450, along with all aristocrats, and anyone else whose achievements could not be attributed to them without dispute. All this was understandable. But some of the other omissions were hard to defend: among the scientists, no Jean-Francois Champollion, Carl Gauss, Robert Hooke, August Kekule, Charles Lyell, James Clerk Maxwell, Dimitri Mendeleev, Louis Pasteur, or Christopher Wren; among the artists no Gian Lorenzo Bernini, Johannes Brahms, Paul Cezanne, Anton Chekhov, Francisco de Goya, Franz Schubert, Percy Bysshe Shelley, Leo Tolstoy, or Oscar Wilde. The Cox/Terman list is an idiosyncratic choice of geniuses, to put it politely, even when we allow for the fluctuation of reputation between the 1920s and now. (The genius of all these omitted individuals was accepted in the mid-1920s.)”

The following are the names from Robinson's “missing geniuses” smattering, shown in conjunction with top 500 geniuses IQ rankings (if included) or not top five-hundred (NTF) material, if known:

Note
N1. Note (a) the salient use of "creative" in Robinson's work, i.e. a term short for god talk, and that (b) Robinson was Templeton Foundation funded [2007-2010] for his Creative Breakthroughs book.