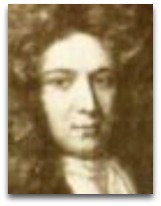 In existographies, Anthony Collins (1676-1729) (FA:64) was English philosopher, deism promoter, an anti-atheist and or so-classified “covert implied atheist” (Berman, 2007), depending, supposedly, referred to as "our Diagoras" by George Berkeley, noted for []

Overview
Collins, supposedly, rejected Epicurean atheism in favor of some type of stoicism-themed Spinozan atheism, that was being referred to as “fatalism”. [1]

Quotes | On
The following are quotes on Collins:

Quotes | By
The following are quotes by Collins:

“The immortality of the soul was nowhere plain in the Old Testament, was denied by the Sadducees, the most philosophical part of the Jewish nation, was thought doubtful by most sects of the Greek philosophers, and denied by the stoics, the most religious sect of them all; had never, according to Cicero, been asserted in writing by any Greek extant in his time, and was first taught by the Egyptians.”

“Ignorance is the foundation of atheism, and freethinking the cure of it.”

Further reading
● Collins, Anthony. (1707). Essay concerning the Use of Reason in Propositions the Evidence whereof depends on Human Testimony. Publisher.
● Collins, Anthony. (1715). Inquiry Concerning Human Liberty. Publisher.
● Collins, Anthony. (1724). Grounds and Reasons of the Christian Religion, with An Apology for Free Debate and Liberty of Writing. Publisher.
● Berman, David. (1975). “Anthony Collins and the Question of Atheism in the Early Part of the Eighteenth Century” (abs), Proceedings of the Royal Irish Academy, 75:85-102.
● Berman, David. (2007). “Unbelief during the Enlightenment”, in: The New Encyclopedia of Unbelief (editor: Tom Flynn; foreword: Richard Dawkins) (§:276-80, esp. pg. 277). Prometheus Books.