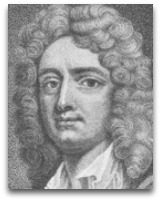 Virtue | Merit
In 1699, Shaftesbury had finished an early version of his Inquiry Concerning Virtue or Merit, then published by John Toland, and later translated (1745) by Denis Diderot, which, supposedly, has some thematic relation to Pierre Bayle’s 1681 Thoughts on the Comet, and its conjecture that a “society of atheists” is perfectly viable. [1]

Morality | Universal
In 1711, Shaftesbury, in his Characteristics of Men, Manners, Opinions and Times, outlined some type of deism themed universal moral goodness model (see: universal morality); the gist of which is as follows: [2]

Those influenced, to some degree, by this publication include: Alexander Pope, Joseph Butler, Francis Hutcheson, Mark Akenside, Samuel Coleridge, and Immanuel Kant. (Ѻ) Pope, in his Essay on Man, e.g., restated simple ideas from Shaftesbury’s Moralists done into verse. [5] Shaftesbury's work was read (Ѻ) by Benjamin Franklin as young man.

Education
Shaftesbury was educated directly by John Locke according to the principles of Locke’s Thoughts Concerning Education; by age 11, he could read in both Latin and Greek. Shaftesbury studied with avidity the works of Marcus Aurelius; some have compared Shaftesbury to Aurelius. [5]
-
Quotes | On
The following are quotes on Shaftesbury:

“Shaftesbury was a man possessing right reason in a more eminent degree than the rest of mankind and his character is the highest that the perfection of human nature is capable of.”

“Not only Leibnitz, Voltaire, and Diderot, but Lessing, Mendelssohn, Wieland and Herder, drew the most stimulating nutriment from Shaftesbury.”

“Toland is best known for his call for common-sense thinking in the deist manifesto Christianity Not Mysterious, he gained notoriety as editor and biographer of Milton, Harrington, and Ludlow; translator and publicist of Giordano Bruno; pamphleteer and spy for Robert Harley, and purveyor of Hermetic and clandestine manuscripts for Prince Eugène of Savoy. A self-proclaimed atheist, he amused, annoyed, and embarrassed such personal acquaintances as Locke, Swift, Bayle, Leibniz, Shaftesbury, and Sophie Charlotte of Prussia. His works on biblical criticism, philosophical materialism, and the Druids became sources for Diderot and Holbach; and historians of Freemasonry and of English political and diplomatic affairs continue to search for keys to the intrigue that surrounded him.”

Quotes | By
The following are quotes by Shaftesbury:

“Truth is the most powerful thing in the world, since even fiction itself must be governed by it, and can only please by its resemblance.”