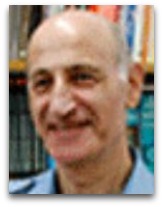 Overview
In his 2007 book Entropy Demystified, he states that he discovered the understanding to the mystery to entropy, one day when he was writing an article on the entropy of mixing and the entropy of assimilation. [1] Most of Ben-Naim’s effort, to note, is similar in vein to the effort of American organic chemist Frank Lambert’s 2000s attempt to replace the disorder view of entropy with a dispersal view. Both have stated that they never understood entropy, as they taught the subject for many years to students, but saw the light one particular day while reading or writing a particular article (William Thomson's energy dissipation, in Lambert's case, and Willard Gibbs' entropy of mixing, in Ben-Naim's case).

This is followed up by his 2008 book A Farewell to Entropy, in which he argues that “thermodynamics and statistical mechanics will benefit from replacing the unfortunate, misleading and mysterious term entropy with a more familiar, meaningful and appropriate term such as information, missing information or uncertainty.” [2]

Difficulties on theory
As to the so-called difficulties on theory, in Ben-Naim's work, as it is with all attempts to reformulate thermodynamics in terms of information or information theory, the quantity "information", measured in units of "bits", is not one of the fundamental SI units for measuring quantities of the physical universe, but is simply a variable useful in Boolean logic. In short, the majority of Ben-Naim's argument is baseless. [5] So enthusiastic is Ben-Naim's quest to rescript thermodynamics in terms of information theory that he suggest that to remedy the unit inconsistency issues that he have all SI units of science reformulated such that we redefine the absolute temperature scale, throw out Planck’s constant, and makes thermodynamic entropy unitless.

Human thermodynamics
In his 2012 book Entropy and the Second Law, Ben-Naim, begins to mention human thermodynamics theories, in his citation if Swedish physical chemist Sture Nordholm who in 1997 equated energy with wealth and entropy with freedom. [4]

Education
Ben-Naim completed his BS in chemistry in 1957, his MS in physical chemistry in 1961, and his PhD on the “Thermodynamics of Aqueous Solutions of Noble Gases”, specifically on the entropy of solvation of argon, in 1964, all at the at the Hebrew University of Jerusalem. He taught thermodynamics and statistical mechanics for many years, retiring in circa 1990. He currently is a retired professor of physical chemistry at The Hebrew University of Jerusalem.

Quotes | On
The following are quotes on Ben-Naim:

“Your proposal about Shannon information … S — is nothing but another word that begins with S and refers to human excrement. You should be abjectly ashamed of yourself. Not only are your methods and your behavior nauseating but your ability in uniting information theory and statistical mechanics is erased by your ignorance in dismissing the needs of ordinary students, specifically beginning chemistry students to whom entropy and thermodynamics are enormous conceptual obstacles. Abandonment of the terribly flawed manuscript that you sent to … and collaboration with him on melding your expertise in complex probability with our proved success in conceptual perceptions could result in a synthesis that would change education in entropy for this and succeeding generations. If this does not occur, I will literally fight to my death to show the world the fallacy of believing that your views are anything but those of a deceptive, half-truth promoting, dishonest person as you have shown yourself to me.”

Further reading
● Ben-Naim, Arieh. (2010). Discover Entropy and the Second Law of Thermodynamics: a Playful Way of Discovering a Law of Nature. World Scientific Books.
● Frank L. Lambert (2009) review of Arieh Ben-Naim’s 2007 Entropy Demystified – Amazon.com.
● Ben-Naim, Arieh. (2017). The Four Laws That Do Not Drive the Universe: Elements of Thermodynamics for the Curious and Intelligent. World Scientific Press.