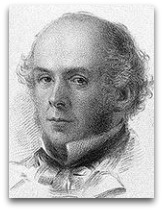 “Juxtaposition is great,—but, you tell me, affinity greater.
Ah, my friend, there are many affinities, greater and lesser,
Stronger and weaker; and each, by the favour of juxtaposition,
Potent, efficient, in force,—for a time; but none, let me tell you,

The first four lines, to note, seem to be a direct restatement of Goethe's 1796 Third Lecture on Anatomy. (Ѻ)

Save by the law of the land and the ruinous force of the will, ah,
None, I fear me, at last quite sure to be final and perfect.
Lo, as I pace in the street, from the peasant-girl to the princess,
Homo sum, nihil humani a me alienum puto,—
Vir sum, nihil faeminei,—and e'en to the uttermost circle,
All that is Nature's is I, and I all things that are Nature's.
Yes, as I walk, I behold, in a luminous, large intuition,
That I can be and become anything that I meet with or look at:
I am the ox in the dray, the ass with the garden-stuff panniers;
I am the dog in the doorway, the kitten that plays in the window,
On sunny slab of the ruin the furtive and fugitive lizard,
Swallow above me that twitters, and fly that is buzzing about me;
Yea, and detect, as I go, by a faint but a faithful assurance,
E'en from the stones of the street, as from rocks or trees of the forest,
Something of kindred, a common, though latent vitality, greets me;
And to escape from our strivings, mistakings, misgrowths, and perversions,
Fain could demand to return to that perfect and primitive silence,
Fain be enfolded and fixed, as of old, in their rigid embraces.”

“Why, Claude wonders, should he fall for Mary rather than some other girl who would be equally suitable and equally attractive? Is love just the chance collision of two people who are, as the saying goes, in the right place at the right time—a kind of lucky hit in the dark? ‘Juxtaposition’, within the frame of Amours, fits into two sets of metaphors. The first of these is chemical and has to do with the concept of elective affinities: the idea that elements having inherent tendencies to form combinations and that they will combine and recombine according to these tendencies when placed in solution with each other. Goethe had explored the social and sexual implications of the concept in his novel Die Wahlverwandtschaften (1809), a work that obviously influenced Clough’s reflections on the subject of Amours. Goethe’s novel is really more of a thought experiment [see: Goethe love thought experiment] about enlightenment than anything else. In it, a hyperrational couple invite into their home a pair of outsiders, only to discover that the foreign elements bring with them dangerous forces of elective affinity. The four main characters find themselves reshuffling their relations according to these affinities, and the results are devastating.”

“In this poem sexual attraction seems not so much a matter of minds as of blind natural forces - a materialist version, perhaps, of Goethe's mystical ‘elective affinities’. We are not very far from the spirit of Huxley’s notorious pamphlet ‘On the Physical Basis of Life’ (1862)”