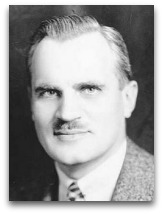 Overview
In 1923, Compton, in his “A Quantum Theory of the Scattering of X-Rays by Light Elements”, gave experimental evidence for the particle view of light, in which he employed the terms: “light element”, “quanta of radiation”, “radiation quantum”, but not, it seems, the term photon. [1] Many, such as American science historian Isaac Asimov, claim that Compton coined the term photon in 1923. [2]

In the 1930s, Robert Millikan entered into a debate with Compton over whether cosmic rays were composed of high-energy photons (Millikan's view) or charged particles (Compton's view). Millikan thought, in the above quote, his cosmic ray photons were the "birth cries" of new atoms continually being created by god to counteract entropy and prevent the heat death of the universe. Compton would eventually be proven right by the observation that cosmic rays are deflected by the earth's magnetic field (and so must be charged particles).

In 1935, Arthur Compton, in his The Freedom of Man, cited the following statement by Werner Heisenberg, from his The Physical Principles of Quantum Theory (1930): [3]

“The resolution of the paradoxes of the atomic physics can be accomplished only by renunciation of the old and cherished ideas. Most important of these is the idea that natural phenomena obey exact laws—the principle of causality.”

then alluding to the notion that it makes the model of Laplacian determinism, as captured in Laplace’s demon model of the universe, seem “less and less probable” to some physicists. [4]

Religion
Compton seems to have been an implicit Christian; the dedication page to his The Freedom of Man (1935) reads as such:

“To my father philosopher and friend who for many years has taught his students, myself among them, the way toward a rational and satisfying Christian philosophy, which he has found for himself by careful study, constructive imagination, and keen appreciation of the values of life.”

Quotes | Employed
The following are quotes employed by Compton:

“Nothing happens without a cause, but with a cause and by necessity.”