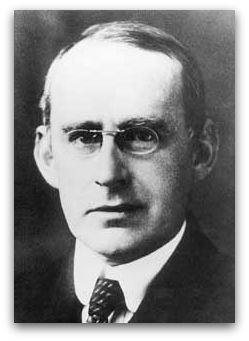 Relativity test
On 29 May 1919, Eddington took a take a trip to the island of Principe (off the west coast of Africa) to measure the solar eclipse, to test the validity of Einstein’s mass bends light conjecture:

Eddington’s report of his findings to the Royal Society of London, and later London Times’ headline: “Revolution in Science: New Theory of the Universe”, made Einstein an overnight genius celebrity. [5]

This test was later influential to Karl Popper and his falsifiability criterion.

Nature of the Physical World
In 1928, Eddington published his Gifford Lectures turned book The Nature of the Physical World, in which, in his famous chapter four "The Running-Down of the Universe", he introduced a number of terms such as the time’s arrow (or arrow of time), entropy-clock, the “shuffling cards model of entropy", the association between entropy and beauty, among various famous thermodynamics quotes. [1]

The focus of the lectures was to introduce philosophical outcomes of the recent developments in the theory of relativity, quantum theory, and progress in the principles of thermodynamics. Being that both the course and the book were intended for general audiences, the popularity of many of its conceptions has had a great following. The coining and use of the neo-modern term “Entropy Law” by Romanian mathematical economist Nicholas Georgescu-Roegen beginning in 1970 is one of many examples. [2]

“The way in which conscious purpose might intervene was pointed out by Clerk Maxwell who invented a famous sorting demon.”

Education
Eddington was the first person ever to win first wrangler as a second-year student at Cambridge.

Quotes | By
The following are noted quotes from his Gifford Lectures:

“The law that entropy always increases — the second law of thermodynamics — holds, I think, the supreme position among the laws of nature. If someone points out to you that your pet theory of the universe is in disagreement with Maxwell’s equations — then so much the worse for Maxwell's equations. If it is found to be contradicted by observation — well, these experimentalists do bungle things sometimes. But if your theory is found to be against the second law of thermodynamics I can give you no hope; there is nothing for it but to collapse in deepest humiliation.”