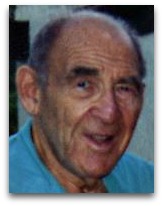 In existographies, Arthur Iberall (1918-2002) (SN:31) (PR:5,000) (CR:39), aka “Ibby” (Ѻ), was an American physicist-engineer noted, in human thermodynamics, for a number of publications on defining social systems and the origins of civilizations from the point of view of physics, thermodynamics, and chemical engineering, a subject which he called "homeokinetics". [1]
-
Overview
In 1971, Iberall publishedTowards a General Science of Viable Systems, which is one of his most-popular works. Others include the 1974 Bridges in Science: from Physics to Social Science, the 1976 Nature, Life, Mind, and Society, the 1977 Physical Foundations for Socio-Economic Modeling for Transport Planning, and the 1993 Foundations for Social and Biological Evolution: Progress toward a Physical Theory of Civilization and of Speciation. Iberall’s work has been cited by American social thermodynamicist Douglas White.
In 1981, Iberall was invited to the Crump Institute for Medical Engineering of UCLA, where he further refined the key concepts of homeokinesis, developing a physical scientific foundation for complex systems' systems of nature, life, man, mind, and society. As an invited visiting scholar at UCLA, Dr. Iberall became involved in defining the physics and nonlinear mathematics of complex physical systems such as living and social systems, in showing how information flow occurs in complex systems.

Free energy
In 1971, Iberall, in his Toward a General Science of Viable Systems, and also his 1974 Bridges in Science: from Physics to Social Science, discussed Gibbs’ ensemble theory and thermodynamics functions of free energy, in the social science framework. [8]

Field thermodynamics | CHNOPS+ systems
In his three-part 1977-78 article series on “A Field and Circuit Thermodynamics for Integrative Physiology”, Iberall uses concepts from statistical mechanics to develop what he calls the subject of “field thermodynamics”, arguing that the Hamiltonian field concept unites the way change is viewed in both biology and physics. [4] In the second paper to this series he attempts to show how biological phenomena can be reduced to physical theory at any level of organization; the physical theory in question being comprised of thermostatics, thermodynamics of irreversible processes, statistical mechanics, and nonlinear mechanics. [5] In third part, he applies the model of the thermodynamics of Brownian motion to interactions in biological systems. [6]

Human thermodynamics education
In human thermodynamics education, Iberall taught courses on the thermodynamics of living systems for chemical engineering students in their thermodynamic study, including a two year seminar on the general physical science underlying all complex systems in nature for graduate students, faculty, and non academic well educated professionals, a physical foundation for comparative political systems, and physical foundations for social systems. [2] He sponsored by the Marshak colloquium which commonly gives its honors course as mathematics adaptable to the social sciences.

Iberall lectures
In 2003, the “Arthur Iberall Lecture Series”, was launched, hosted at Trinity College, Hartford Connecticut, with a fund of 50k USD, which has produced lectures by those including: Eugene Yates (2003), Douglas White (2008), Dilip Kondepudi (2010), Judith Rosen (2014) on the work of Robert Rosen, and a 2015 recognition talk on the work of Howard Pattee. [10]

Education
Iberall completed his BS in physics in 1940 and completed some mechanical engineering work in 1941, both at the City College of New York; from 1942 to 1945, he completed some graduate studies in physics, under George Gamow (his advisor) and Edward Teller, at George Washington University. In 1976, Iberall received an honorary Doctor of Science from Ohio State University for his achievements in interdisciplinary scientific research. [7]

In 1978, Iberall was a professor of physics at the City College of the City University of New York. He was a researcher at the University of California, Irvine, a fellow of the American Society of Mechanical Engineers, a distinguished annual lecturer at the Biomedical Engineering Society, and for ten years he was chief physicist at the Rand Development Corporation, focused on applied physical sciences for government and industry. He did biophysical research for the NASA exobiology program on the dynamic of mammalian physiological processes. His applied research has ranged broadly in measurement, mechanical instrumentation, high altitude research, hydrodynamic studies of flow fields, nonlinear fluid dynamics, arterial blood flow, the physics of turbulence, high speed electric power switching, and low loss cryogenics. [2]

Quotes | By
The following are quotes by Iberall:

“The potentials that drive the fluxes of the human social system, the most evident being the external and internal physical-chemical potentials, include a sheaf of potential-like components that represent the command-control system emergent as politics. On the whole, culture represents the social equivalent with the main processes of economics and politics being driven by a social pressure.”