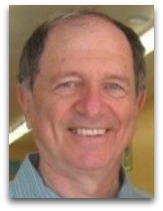 In hmolscience, Arthur David Jonath (1931-) is an American materials scientist and aeronautics engineer noted, in economic thermodynamics, for his 2008 to present publications of a theory that thermodynamics applies to economics, entropy applies to populations of people, and that the principle of entropy increase is a replacement for god.

Overview
In circa 2008, Jonath launched the site ProfitandEntropy.com (Ѻ) (WB), wherein he outlines what he calls "profit economics", a thermoeconomic model that compares currency flow to heat flow, and the production of profit to the production of increasing entropy.

In 2009, Jonath, together with American psychologist Richard Goldwater, in their “Saving Capitalism from Finance: the Power of Thermoeconomics”, argued the following: [2]

“Entropy is an idea that applies to populations of humans as well as of molecules.”

God | Entropy
In 2009, Jonath, in his video interview “Isomorphism, Entropy and God”, reflects on how his interest in entropy and life dates back to his childhood and how his atheist Jewish grandmother and how, when he was aged 12 to 16, she would explain to him why she did not believe in god, the gist of which being that the Ukraine pogroms she had witnessed, in 1903 to 1905, convinced her that there was no god.

When Jonath did eventually asked his grandmother what she did, as an atheist, believe in, i.e. her atheist's creed, him still at that time vacillating on the dismissal of belief in god, she replied: “I believe in oxygen, without it you die.” At another time, she replied, similarly, to one of his brothers, “I believe in the sun, without it you die”, which acted as a trigger that sent him on a search for the “prime mover”, as he says, e.g. studying comparative religions, via Huston Smith, comparing eastern vs western religions, and thereafter coming to grasp, at the basic level, the idea of entropy and the inevitability of its increase, and therein “replaced the concept of a god with the concept of entropy” as he surmised in retrospect.

Economic temperature
One of the more interesting aspects their ideas is the use of economic temperature, on the model that just as heat excites molecules, increasing pressure in a container, so to will desire heat up people, and put pressure on behavior.

Difficulties on theory
The bulk of their theories, to note, are very elementary and described by them as "analogies" suitable for a teaching in a physics-for-poets course. Many of their basic thermodynamic facts are also incorrect, e.g. claiming that Rudolf Clausius described entropy as a 'measure of the tilt toward equilibrium.' To cite one example of basis extrapolation, they reference supposed 'entropy expert' Rod Swenson, who states that maximum entropy means maximum uncertainty of knowing where any individual particle is at any particular time, and then, on this basis, conjecture that in human terms this means that at maximum entropy in a human system, one will not be able to predict what any individual earns or buys at any given time?

Education
Jonath completed his BS and MS (1961), thesis “The Effect of the Moon on an Infinitesimal Hyperbolic Escape from Earth”, at MIT in engineering. [3] While at MIT, Jonath took two economics courses taught by American economist Paul Samuelson. Shortly thereafter, Jonath completed a PhD in Materials Sciences at Stanford University.