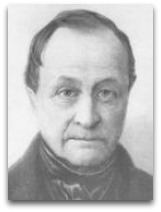 Social physics
Ironically, in spite of physics being his most difficult subject, Comte is now considered the father of social physics. Specifically, in his Cours de philosophie positive (Positive Philosophy), written between 1830 and 1842, Comte argued that social physics would complete the scientific description of the world that Galileo, Newton, and others had begun. In particular, Comte stated:

“Now that the human mind has grasped celestial and terrestrial physics, mechanical and chemical, organic physics, both vegetable and animal, there remains one science, to fill up the series of sciences or observation—social physics. This is what men have now most need of; and this it is the principal aim of the present work to establish.”

Hierarchy of science
In 1854, French philosopher Auguste Comte, in his System of Positive Polity: or System of Sociology, gave the following so called “hierarchy of the sciences”, according to which they all are, at bottom, dependent on astronomy: [3]

“The conception of the hierarchy of the sciences from this point of view implies, at the outset, the admission, that the systematic study of man is logically and scientifically subordinate to that of Humanity, the latter alone unveiling to us the real laws of the intelligence and activity. Paramount as the theory of our emotional nature, studied in itself, must ultimately be, without this preliminary step it would have no consistence. Morals thus objectively made dependent on Sociology, the next step is easy and similar; objectively Sociology becomes dependent on Biology, as our cerebral existence evidently rests on our purely bodily life. These two steps carry us on to the conception of Chemistry as the normal basis of Biology, since we allow that vitality depends on the general laws of the combination of matter. Chemistry again in its turn is objectively subordinate to Physics, by virtue of the influence which the universal properties of matter must always exercise on the specific qualities of the different substances. Similarly Physics become subordinate to Astronomy when we recognise the fact that the existence of our terrestrial environment is carried on in perpetual subjection to the conditions of our planet as one of the heavenly bodies. Lastly, Astronomy is subordinated to Mathematics by virtue of the evident dependence of the geometrical and mechanical phenomena of the heavens on the universal laws of number, extension, and motion.”

In this framework, as summarized by German physicist Karl Pearson, in Comte's hierarchy of science, morals is the "supreme science", about which paramount is the "theory of our emotional nature", which must be tied into: sociology, biology, chemistry, physics, astronomy, and lastly mathematics as the "language", in Willard Gibbs famous phrasing, of it all, respectively, in one unified theory. [4] This position is fortified by the fact that Goethe—the highest ranking universal genius—considered his 1796 "moral symbols" theory, sociology and biology based on physical chemistry (physics + chemistry), or affinity chemistry as it was called in Goethe's time, to be his greatest work or "best book".

Education
Comte attended the famous French school of thermodynamics, the École Polytechnique in the mid 1810s. However, following the brief closure of the École in 1816, for reorganization, Comte was forced to leave and continue his studies at the medical school at Montpellier. When the École Polytechnique reopened, he did not request readmission. Physics was Comte's most difficult subject. His first year professor in physics, at the École Polytechnique, was French physicist Alexis Petit, who according to Comte, went too fast. [2]

Quotes | On
The following are quotes on Comte:

“Comte is a living writer who has done more than any other to raise the standard of history. There is much in the method and in the conclusions of his great work Positive Philosophy with which I cannot agree; but it would be unjust to deny its extraordinary merits.”

Quotes | By
The following are noted quotes by Comte:

“The ‘order of nature’ is doubtless very imperfect in every respect; but its production is far more compatible with the hypothesis of an intelligent will, than with that of a blind mechanism. Persistent atheists therefore would seem to be the most illogical of theologists: because they occupy themselves with theological problems, and yet reject the only appropriate method of handling them. But the fact is that pure atheism even in the present day is very rare. What is called ‘atheism’ is usually a phase of pantheism, which is really nothing but a relapse disguised under learned terms, into a vague and abstract form of Fetichism.”