In mate selection, averageness refers to the trend that average traits tend to be sexually selected for or more physically attractive on average, being that in theory they are indicative of long term stability in evolution. [1]

Beauty
Statistically, the average or blend of a given population for a given trait or look tends to be found the most visually appealing or attractive; the following, e.g., shows morphs of a selection of 30 HotOrNot.com photos, morphed into 1-10 scale physical attractiveness ranking tiers, along with a morph of the average of all 30 photos, which shows that the "average" morphology tends to be as attractive as the individually selected most attractive person (or morph photo): 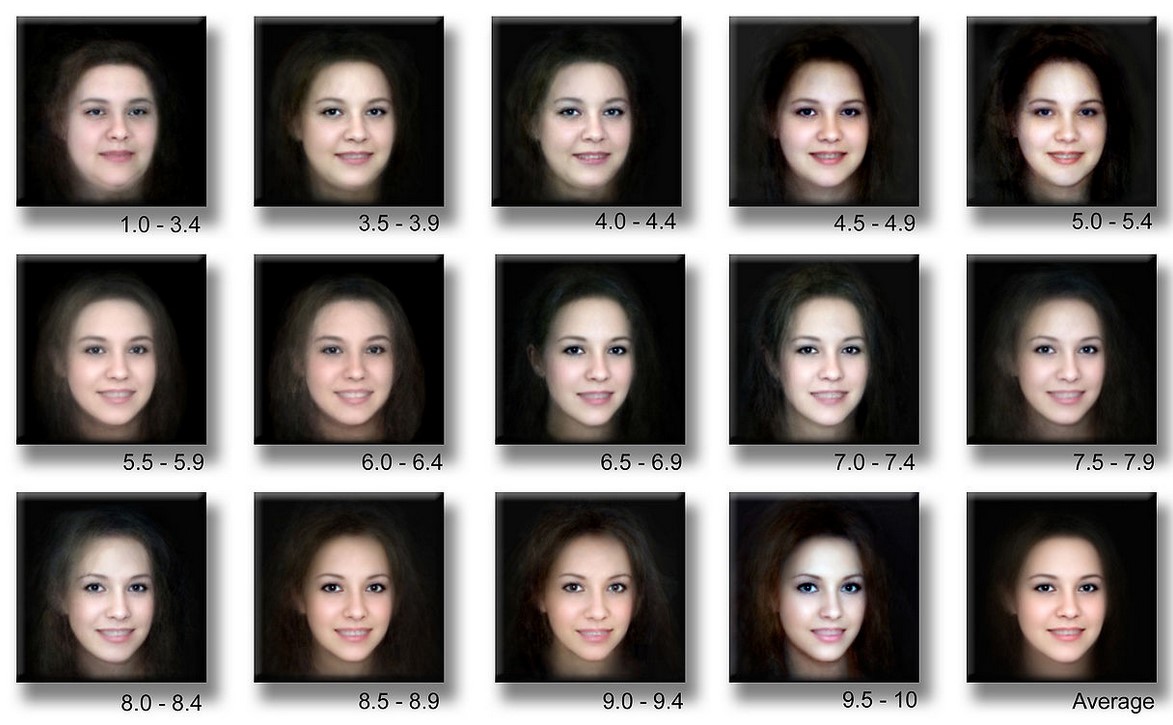