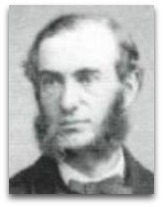 In animate thermodynamics, Balfour Stewart (1828-1887) was a Scottish physicist noted for a number of publications of his views on how heat, energy, and dissipation apply to the social world as well as the religious implications of thermodynamics in the context of large scale universal times.

Stewart, as a "religion + science = compatible" advocate, was involved in the Tyndall-Stewart-Tait debate (1874-1879).

Social energy
In 1868, the year he won the Rumford Prize for his work on radiant heat, Stewart penned two articles (or a two-part article) with English astronomer Norman Lockyer (the first editor of Nature), the first entitled "The Sun as a Type of the Material Universe", generally being a historical overview of sun spot theory, the second entitled "The Place of Life", in which they attempt to explain energy of position and energy of motion, as well a degradation of energy, in both the physical world and social world. [5]

In 1868, Stewart, in his "The Place of Life", attempts to extrapolate kinetic energy or energy of motion, to which they refer to as "actual energy", and potential energy or energy of position, to which they refer to as "energy of position", in to the social realm and in doing outline a model of how the energetic man (high character energy) is constantly at war with the man of position (high social position) and label the former as a type of social cannon-ball: [7]

“When a man pursues his course undaunted by opposition, unappalled by obstacles, he is said to be a very energetic man. By his energy, we mean the power which he possesses of overcoming obstacles; and the amount of his energy is measured by the amount of obstacles which he can overcome, by the amount of work which he can do. Such a man may in truth be regarded as a social cannon-ball. By means of his energy of character he will scatter the ranks of his opponents and demolish their ramparts. Nevertheless such a man will sometimes be defeated by an opponent who does not possess a tithe of his personal energy. Now, why is this? The reason is that, although his opponent may be deficient in personal energy, yet he may possess more than an equivalent in the high position which he occupies, and it is simply this position that enables him to combat successfully with a man of much greater personal energy than himself. If two men throw stones at one another, one of whom stands on the top of a house and the other at the bottom, the man at the top of the house has evidently the advantage.

So in like manner, if two men of equal personal energy contend together, the one who has the highest social position has the best chance of succeeding. But this high position means energy under another form. It means that at some remote period a vast amount of personal energy was expended in raising the family into this high position. The founder of the family had doubtless greater energy than his fellow-men, and spent it in raising himself and his family into a position of advantage. The personal element may have long since vanished from the family, but it has been transmuted into something else, and it enables the present representative to accomplish a great deal, owing solely to the high position which he has acquired through the efforts of another. We thus see that in the social world we have what may be justly called two kinds of energy, namely:

Let us now turn to the physical world. In this as in the social world, it is difficult to ascend. The force of gravity may be compared to the force which keeps a man down in the world.”

Other
In his 1874 The Conservation of Energy, Stewart penned a chapter the applications of the laws of energy to life. A central term used throughout the book is chemical affinity. The following is Stewart’s central philosophy as stated in his preface: [1]

“[We] regard [the] universe [as] composed of atoms with some sort of medium between them as the machine, and the laws of energy as the laws of [the] working of this machine.”

In cessation thermodynamics, Stewart collaborated with Peter Tait in the writing of the 1875 book The Unseen Universe on immortality and conservation of energy. [2]

Stewart’s followup book was his 1878 Paradoxical Philosophy, a sequel to his The Unseen Universe, in which he gives reflections on his own rhetoric. [3]

Curiously, James Maxwell comments on Stewarts ‘paradoxical philosophy’ to the effect that the central problem he saw was that an objective prophetic vision leads back to the subjective view and interests of the writer, which is the philosopher's paradox, commonly seen in human thermodynamics. [4]