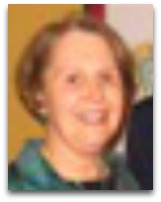 In hmolscience, Barbara S. Heyl (c.1935-) is an American sociologist noted for her 1968 investigative rather impressive article “The Harvard ‘Pareto Circle’”, wherein she discusses the warfare amid the Harvard sociology schools in the 1930s and early 1940s between the so-called Pareto approach and the Marxist approach to describe large-scale historical socio-political phenomena within a unified framework, both of which offering similar, i.e. “society as a system of mutually interacting particles”, but alternative approaches. [1]

Harvard Pareto circle
The so-called Harvard Pareto circle, so-named by Heyl, included: George Homans, characterized by Leon Warshay as being "mechanistic", Charles Curtis, Lawrence Henderson, Joseph Schumpeter, Talcott Parsons, Bernard DeVoto, Chane Brinton, and Elton Mayo. The term Harvard "Pareto circle"—not to be confused with any of the original Pareto circles one might conceive amid or connected to the Lausanne school network—has since spawned a certain amount of citation, discussion, and followup articles. [2]

Education
Heyl was a professor of sociology at Illinois State University—alma mater of socioeconomic thermodynamics pioneer Thomas Wallace (ISU president from 1988 to 1995)—from 1975 to 2005, where she taught classes on sociology and deviance, sociology of law, and advanced qualitative research methods, and currently is professor emerita of sociology. [3]