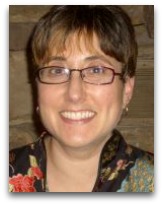 In literature thermodynamics, Barri J. Gold (1966-) is American English professor noted for her 2010 book ThermoPoetics: Energy in Victorian Literature and Science, in which she outlines the subject she terms “thermopoetics” the interaction between Victorian physics and literature. [1] Precursors to the book seem to be Gold’s 2002 article “The Consolation of Physics: Tennyson’s Thermodynamics Solution”, as well as her 2009 talk “Bleak House: the Novel as Engine”. [2]

To cite one of numerous examples, she summarizes Balfour Stewart and Norman Lockyer’s two-part 1868 article "The Sun as a Type of the Material Universe" and "The Place of Life in a Universe of Energy" as by stating that, in their article set, “they aim to develop a mechanism for intelligence and free will based on a hypothesis about the origin of sunspots”. Nowhere in either article, however, do they discuss nor use the term free will, let alone attempt to argue for a sunspot theory of free will?

She informs us incorrectly that Alfred Tennyson's 1849 "In Memoriam" poem was theorizing about bound energy, some thirty plus years before the term "bound energy" was even coined and formulated (Hermann Helmholtz, 1882).

Charles Dickens' 1859 book A Tale of Two Cities, according to Gold, has entropy theories in it. Is she not aware that the the term entropy would yet even be coined for a another six years (Rudolf Clausius, 1865)? She states, to exemplify the idiocy of her conjectures, that Dickens' passage of "it is a far, far better thing I do, that I have ever done; it is a far, far better rest I go to, than I have ever known", taps into an "emergent chemical thermodynamics". What? Charles Dickens was tapping into an emergent chemical thermodynamics in 1859? Does she not know that the first "chemical thermodynamics" entitled book was not written until 1924 by James Partington?

Gold's entire book is page after page of misrepresentation: "Dickens [A Tale of Two Cities, 1859] applies the same principles of entropic decay to the tumbrels themselves"; "Herbert Spencer [First Principles, 1862] was reading counterentropic transformations"; "the first law was born of religious conviction", "the second law was the discovery of frustrated engineers"; "Sydney Carton was Dickens' tool for producing novelist order within the constraints of thermodynamics", etc., etc., etc.

She states that Dickens' use of the term "wasting candles", in his 1852 Bleak House, exhibits "Dickens' thermodynamic sensibilities" and that in the same book mention of "shops lit two hours early", is Dickens theorizing about heat death, a concept that would not yet be articulated for another decade (William Thomson, 1862).

This really is horrible writing, beyond recompense. It would been much clearer writing if Gold would have stated I am going to argue that "this passage" means this, thermodynamically, etc., rather than trying to force-feed beyond digestible arguments that early 19th century authors were theorizing thermodynamically before the science of thermodynamics was even founded. This mode of misrepresentation of facts is similar to Robert Doyle who falsely claims, in his 2011 Free Will: the Scandal in Philosophy, that William Thomson was discussing information theory back in the 19th century. These types of mis-presentations are very energy absorbing detractments.

Source and sink
The only interesting aspect of Gold's anachronistic conjectures, is that in her bent on re-framing Dickens' 1852 Bleak House into what she calls a "narrative engine", she attempts to assign certain characters or groups as "sinks", analogous to the condenser, and "sources", analogous to the boiler, of the steam engine, to which she attributes to people who are "too passionless" or conversely passionate, respectively, according to which model, in the novel as in the heat engine: [1]

"A narrative engine must have both a source and a sink."

Quotes | Cited
The following are a few quotes employed by Gold:

“What is life but organized energy?”

Education
Gold completed her BS in physics at MIT; her MA and PhD, both in English language and literature, at the University of Chicago; and currently is a professor of English at Muhlenberg College. [3]