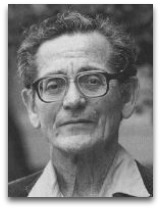 In science, Benjamin Libet (1916-2007) was an American neuroscientist noted for his 1983 study, and publications to follow, which showed that so-called act of conscious choice or the feeling of the “free will” to choose or intend to do something and actually carry out the intended movement is preceded by electrical activity in the motor cortex some 350 milliseconds before one reports awareness of intention to move or feels that he or she has decided to move. More recent fMRI research has shown that some “conscious” decisions can be predicted or measured up to 10 seconds before they enter awareness, long before the preparatory motor activity detected by Libet. [1] Libet’s work is considered as the first scientific disproof of the doctrine or theory of free will.

Libet experiment
In his now-famous 1982 so-called "Libet experiment", six different test subjects as follows: "flex your finger to push the button when you feel like it, and tell us where the hand on the rapidly moving clock is when you decide to do that." The time at which an EEG signal indicating brain activation for movement occurs is set as zero time, the report of awareness of intention to push the button is about 350 milliseconds (0.35 seconds) later, and the actual EKG, the voltage in the finger muscle doing the push, happens about 200 milliseconds later than that. Libet’s experimental findings show, in short, that the brain starts working earlier than one is consciousness of choice. The tendency to confuse the two is one of the sources of the illusion of conscious will.

“I did not embark on experiments on consciousness in alert people until after I had obtained the security of academic tenure.”