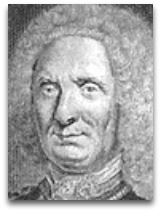 Overview
In 1732, Maillet completed Telliamed, his surname “de Maillet” in reverse, based on manuscripts written in the previous ten years, albeit published posthumously in 1748, in impartial form, and full form in 1755, wherein he posited, based on the fact that iron rings of ancient moored ships now sat in the desert in the ruins of Memphis, that the earth could not have been created instantaneously, as the Bible decreed, but rather was 2 billion years old, based on the datum that the sea was receding at a rate of three inches per century, and that all land creatures originally derived from sea-based human-like creatures. [1]

These types of ideas, supposedly, are found represented, without citation, in Francesco Soldini’s 1776 De anima brutorum commentaria, as shown below: (Ѻ) 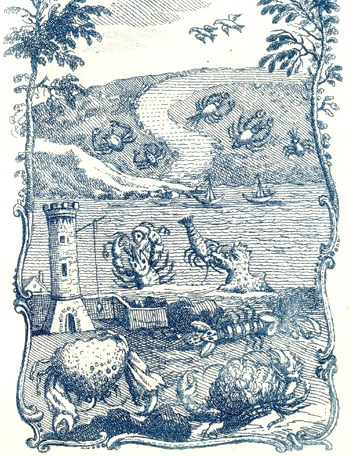 Maillet proposed that life began in the water in the form of minuscule seeds that joined together to create all aquatic forms, from which all terrestrial and winged creatures were then derived. In his opinion, all plants and animals would have analogous examples among the aquatic specimens.

Influence | On
Maillet's Telliamed was part of Voltaire's personal library. (Ѻ) Some of Maillet’s account of things are found in the first three volumes of Buffon’s Natural History.