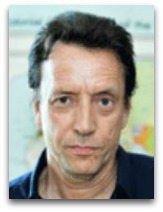 In hmolscience, Bernard Beaudreau (1955-) is a Canadian economist noted, in economic thermodynamics, for his 1998 to 2006 efforts to outline an energy theory of economics.

Overview
In 1998, Beaudreau, in his Energy and Organization, attempted to integrate the subjects of classical mechanics, thermodynamics, mechanical engineering, production theory, and economics in general. In this work, Beaudreau defines an “entropic process” as one in which energy is transferred from one system to another in the form of work, and defines “anthropomorphic entropy processes” as ones conceived and overseen by man, such as involved in the production of food, tools, shelter, and culture. [2]

Beaudreau attempted to integrate French physicist Gustave Coriolis’ 1829 definition of work, as the product of force and distance over which the body is moved (i.e. W=f(f,d)) with the definition of work used in political economy, defined as a function of capital and labor (i.e. W=f(C,L)). In this same work, he spends a good deal of time differentiating between what he calls “animate energy” (human power, horse power, etc.) and “inanimate energy” (wind power, waterpower, steam power, nuclear power, etc.).

In 1999, Beaudreau, in his Energy and the Rise and Fall of Political Economy, used basic physics and thermodynamics, albeit only very superficially, as a guide to the first (steam power) and second (electrical power) industrial revolutions, and more importantly, to show how political economists from Adam Smith to Irving Fisher have attempted to understand these two energy-based industrial revolutions. [5]

In 2005, Beaudreau published Energy Rents: a Scientific Theory of Income Distribution, a slightly expanded version of Energy and Organization, in which he gives the following opinion: [1]

“Nineteenth and twentieth century political economists failed to provide a theory or model of production that was consistent with classical mechanics and thermodynamics.”

In this book, interestingly, he also argues that:

Technically, to note, this statement is incorrect in that a tool is purely a catalyst which acts to lower the activation energy to various economic human chemical reactions. Thermodynamic "efficiency", however, depends solely on the difference between the hot body and cold body, which, in the human economic heat engine context, is a difficult topic to pin down. Certainly a tool, such as a hammer, makes work more efficient, but it is still a catalyst. The idea of a tool being a catalyst in a human thermodynamic sense, was first discussed by American chemist James Reiss in 1994. [4]

In 2006, in "Identity, Entropy, and Culture", Beaudreau toys with the notion of information entropy. [3]

Education
Beaudreau completed his PhD in economics at the University of Western Ontario. From 1998 to 2008, Beaudreau has been an economics professor at Laval University, Quebec City, Canada.