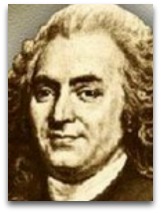 Quotes | On
The following are quotes on Mandeville:

“Whether there exists a god, or whether he exists not, our duties will be the same; and our nature, if consulted, will prove, that vice is an evil, and that virtue is a real and substantial good. We are assured, that there have been found philosophers and atheists, who deny the distinction of vice and virtue, and who have preached up debauchery and licentiousness of manners: in this number, may be reckoned Aristippus and Theodorus, surnamed the Atheist, Bion (c.325-250BC) (Ѻ), the Boristhenite, Pyrrho, etc., amongst the ancients (see: Diogenes Laertius), and amongst the moderns, the author [Bernard Mandeville] of the Fable of the Bees [1705] (Ѻ), which, however, could only be intended to show, that in the present constitution of things, vices have identified themselves with nations, and have become necessary to them, in the same manner as strong liquors to those who have habituated themselves to their use. The author who published the Man Automaton [Mettrie, 1748], has reasoned upon morality like a madman.”

Quotes | By
The following are quotes by Mandeville:

“There is no intrinsic worth in ‘money’, but what is alterable with the times, and whether a guinea goes for twenty pounds or for a shilling, it is the labor [work] of the poor and not the high and low value that is set on gold or silver, which all the comforts of life must arise from.”

“How few men reflect, and even among those who pay attention to themselves, scarcely any have found the thread for the labyrinth of our passions.”