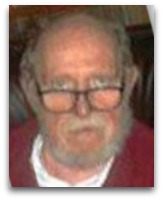 In hmolscience, Bernard Louis Strehler (1925-2001) was an American bio-chemist (chnops-chemist) and gerontologist noted for his 1956 to 1962 work on the thermodynamics of aging.

Overview
In 1944, Strehler, supposedly, began to formulate some type of theory on aging.

In 1956 Strehler met Hungarian-born American physicist Leo Szilard and the two attempted to establish a research institute to study the biology of aging; which may explain how Strehler became acquainted with entropy. The initiative, however, never petered out. [3]

In 1962, Strehler, in his Time, Cells, and Aging, devoted a section to how entropy relates to aging. [1] The following is a quoted section: [2]

“Entropy will increase spontaneously in any macrosystem which is not already in its most stable condition and which possesses sufficient ambient thermal energy to permit reaction to occur. Aging and most other disorganizing changes, of course, would not take place at absolute zero because change involves the motion of molecules, their parts, and their aggregates.”

Education
Strehler completed his BS in cell biology in 1947 and PhD in 1950 both at Johns Hopkins University. This was followed by research work at the Oak Ridge National Laboratory, the University of Chicago, and the National Institute of Health. He taught at the University of Southern California from 1967 to 1990. His research led to the discovery of luciferin, the material that contributes to the light in fireflies. He also studied the bioluminescense of green plants and later concentrated on DNA and human aging.