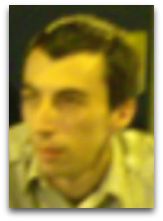 The four songs, which as depicted on the album cover (below), seem to be intending to represent a sort of semi gas-phase, semi surface-attached depiction of human particles or human molecules, flying about and interacting sort of like the particles of an ideal gas in a state of Utopian natural harmony with the earth. [2]

Cover design
The visual design of the cover (adjacent) is by Wonderboy. The fern-like background may possibly have taken its cues from the web design of the sun-infused beach-moss greenery in the header background of the 2005 site humanthermodynamics.com, as shown below; a site at which, on the the homepage, the subject of human thermodynamics is prominently explained by English physicist C.G. Darwin as a subject of the science the future in which gas-like "human molecules", in a statistical sense, are said to be governed by the "laws of human thermodynamics", based on statistical mechanics, as explained in the introduction to his 1952 book The Next Million Years.

In other words, the artistic cover is themed on Darwin's statistical view of people as gas-like human molecules contained within "conservative dynamical systems", as Darwin puts it.