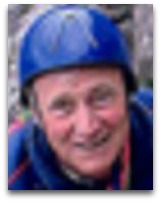 In thermodynamics, Eric Brian Smith (1933-) is an English physical chemist noted for his short Basic Chemical Thermodynamics, having going through five editions from 1973 to 2004, in he opens famously to his remembrance, in his :

Smith's book aims to give the young chemist an introduction to the handful of thermodynamic relations he or she will need to be proficient in the working laboratory.

Education
Smith completed his BS and PhD at Liverpool University. He then spent two years at UC, Berkeley, working under Joel Hildebrand, after which he became a lecturer in physical chemistry at St. Catherine’s College, Oxford. Smith was vice chancellor the Cardiff University from 1993 to 2001. His research interest include intermolecular forces and the biological effects of simple gases.

“The first time I heard about chemical thermodynamics was when a second-year undergraduate brought me the news early in my freshman year. He told me a spine-chilling story of endless lectures with almost three-hundred numbered equations, all of which, it appeared, had to be committed to memory and reproduced in exactly the same form in subsequent examinations. Not only did these equations contain all the normal algebraic symbols (+,-,÷, etc.) but in addition they were liberally sprinkled with stars (*), daggers ( †, ‡ ), and circles (°,⦵) so as to stretch even the most powerful of minds.”