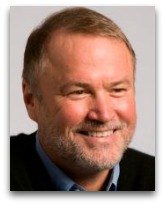 In hmolscience, Bruce J. Caldwell (1952-) is an American economics historian noted for

commenting, for example, on the use of reductionism within social and physical sciences. [1] Nelson, in turn, published a response chapter to Caldwell's criticism. [2] In the end of his commentary article, Caldwell seems to conclude that he is of a mindset similar to American physical economics historian Philip Mirowski:

“A revisionist history that complements my thesis is Philip Mirowski's More Heat Than Light (1989). Mirowski argues that most of the developments in economic theory since the marginal revolution derive from the misappropriation of a mathematical metaphor from the energy physics of the mid-nineteenth century. The metaphor was borrowed in an attempt to make economics more scientific, an urge so prevalent among economists that Mirowski describes it as a kind of disease; he dubs it ‘physics envy’.”

Human molecular theory views
In the opening of his 1992 "Commentary", Caldwell states the following:

“Attempts at reductionism within the physical sciences founder because of a failure to satisfy the translatability condition.”

In 2012, retrospect analysis of this statement, Caldwell clarifies that: [4]

"The sentence quoted by you from my article was a restatement by me of Nelson's position. It was not my position. So it is wrong to characterize me as a 'human molecular theory objector'."

Falsifiability
On the question of the use of Karl Popper’s falsifiability criterion in economics, Caldwell states, gives the opinion that he is not against the use of empirical tests in economics, but that his is against the notion, which he feels is dogmatic, that falsificationism is the only responsible and legitimate methodology available to economists. [5]

Samuelson
Caldwell claims that American economist Paul Samuelson culled some of this ideas from a reading of the physics of Percy Bridgman. [2]

Social physics
In 2010, Caldwell was the editor of a collected works set of Austrian economist Friedrich Hayek (1899-1992), including a chapter on the social physics of Henri de Saint-Simon and Auguste Comte, in which, for example, Hayek, notes that, in 1817, Saint-Simon offered the newly christened aged-nineteen École Polytechnique graduate Comte (who had steeped himself in the writings of Joseph Lagrange), a position of secretary. [3]

Education
Caldwell completed his AB in economics (1974) at the College of William and Mary and his PhD (1979) in economics at the University of North Carolina, Chapel Hill. Presently, he is a professor of economics at Duke University, specializing in the history of political economics.