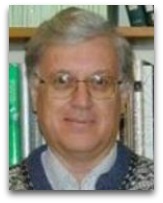 In hmolscience, Bruce Weber (c.1941-) is an American biochemist noted, in animate thermodynamics, for his work with American philosopher David Depew in furthering the understanding of the relation between evolution and thermodynamics, the gist of which is found in their 1988 multi-author book Evolution, Entropy, and Information: New Perspectives on Physical and Biological Evolution.

Overview
In 1985, Weber, together with American philosopher David Depew, organized a conference on “Evolution, Entropy, and Information” at California State University, the result of which was their 1988 multi-contributor book Evolution, Entropy, and Information: New Perspectives on Physical and Biological Evolution; in their chapter “Consequences of Nonequilibrium Thermodynamics for the Darwinian Tradition”, on explaining Charles Darwin's evolution theory in terms of the nonequilibrium thermodynamics, particularly Ilya Prigogine and his dissipative structure theory, in conjunction with the theories of Alfred Lotka, Harold Morowitz, Jeffrey Wicken, and Robert Ulanowitz, among others, and for their 1996 book Darwinism Evolving, with chapters on Ronald Fisher’s view of evolution, thermodynamics and evolution in general, and citing the works of those as Karl Marx, Erwin Schrodinger, among others. [1]

Life | Thermodynamics
Weber has written a number of articles on the origin of life and emergence from a chemical-thermodynamic point of view.

Religion
Weber seems to be interested in the overlap of religion and science and may be an intelligent design advocate as his 1996 book discusses God on over sixty pages, has written a 2004 chapter “Darwinism, Design, and Complex Systems Dynamics,” edited by William Dembski, and he teaches a philosophy course on evolution and creation. [3]

Education
Weber completed his BS in 1963 at San Diego State University and PhD in 1968 at the University of California, San Diego. In 2010, Weber was a professor of science and natural philosophy at Bennington College and a professor of biochemistry at California State University, Fullerton. Weber self-describes his research focus as being “in macromolecular evolution with special emphasis on the application of nonequilibrium thermodynamics to the problems of the emergence of life, and the history of biochemistry, especially the conceptual development of bioenergetics.” [2]