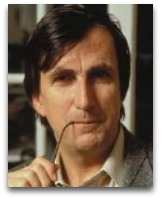 Overview
In 1995, Latour, in his Conversations on Science, Culture, and Time, coauthored with French philosopher Michel Serres, he spends time discussing how he wrote a book on Zola in relation to thermodynamics. [1]

In 2007, Latour, in his Reassembling the Social: an Introduction to Actor-Network-Theory, aimed to probe the following queries: [1]

“We live in groups that seem firmly entrenched, and yet how is that they transform so rapidly? We are made to do things by other agencies over which he have no control and that seem plain and mundane enough. There is something invisible that weights on all of us that is more solid than steel and yet so incredibly labile. There exist forces that are strangely similar to those studied by natural scientists and yet distinctively different. This puzzling mixture of obdurate resistance and perverse complexity seems wide open to inquiry, and yet it defies all inquiries.”

Latour goes not to state that nearly all social scientists are shaken by at least one of these statements. Latour, in his concluding chapter, goes onto argue that anthropomorphism is bad, reductionism is good, and that we should:

“Please treat humans as things—e.g. whales in zoology, genes in biochemistry, baboons in primatology, soils in pedology, tumors in cancerology, or gas in thermodynamics—offer them at least the degree of realism you are ready to grant humble matters of concern, materialize them, and, yes, reify them as much as possible!”