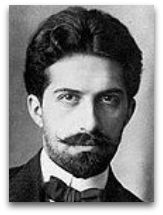 In hmolscience, Caleb Saleeby (1878-1940) was an English physician noted for his 1904 The Cycle of Life According to Modern Science wherein he digresses in several locations on Goethe and his ideas on evolution, human chemistry; among a few other interesting points, e.g. making the discerning Empedocles and Goethe connection.

Quotes | Employed
The following are noted quotes employed by Saleeby:

“The great soul of the world is just.”

“Has not Goethe, following Empedocles, told us how carbon and oxygen love each other, how passionately they fly, lover-like, into each other's arms? The union is extremely firm, as is testified by the quantity of heat evolved by a fire during the process of combination, and by the chemist's great difficulty when he seeks artificially to undo it.”