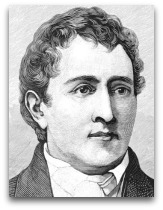 Elements
In 1770, Scheele discovered oxygen, after Michael Sendivogius (1604), but before Joseph Priestley (1774).

Heat
In 1777, Scheele, in his book Chemical Treatise on Air and Fire, or essay “On Air and Fire”, he introduced the concept of "radiant heat", thus differentiating light from heat, or something along these lines. [3]

Education
In 1757, Scheele, aged 14, was apprenticed as a pharmacist, whereat he stated for eight years, during which time he read works of Nicolas Lemery, Caspar Neumann, Johann Kunckel and Georg Stahl. In c.1767, Scheele began (Ѻ) working alongside Torbern Bergman.

Quotes | On
The following are quotes on Scheele:

“Joseph Priestley is usually associated with the discovery of oxygen in 1774. Nowadays, it is generally recognized that Scheele should be credited with this discovery. Furthermore, Lavoisier's experiments on oxidation led to the evolution of the ‘new chemistry’ as we know it today. Yet some of these chemists were not the first who prepared oxygen from its compounds or who studied its properties. Almost two centuries earlier it was a Dutchman Cornelis Drebbel who prepared oxygen by heating saltpeter, a method still used today.”

Quotes | By
The following are quotes by Scheele:

“It is the truth alone that we desire to know and what a joy there is in discovering it.”