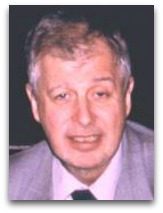 In science, Carlo Cercignani (1939-2010) (CR=9) was an Italian mathematician and physicist, who specialized in the kinetic theory of gases, noted for his 1998 Ludwig Boltzmann: the Man Who Trusted Atoms, with forward by Roger Penrose, which gives a well-rounded inside biographical look at the Ludwig Boltzmann and those associated with his work in statistical mechanical thermodynamics. [1]

“Gibbs succinct and abstract style and unwillingness to include examples and applications to particular experimental situations made his work very difficult to read. Famous scientists such as Helmholtz and Planck developed their own thermodynamic methods in an independent fashion and remained quite unaware of the treasures buried in the third volume of Transactions of the Connecticut Academy of Arts and Sciences.”