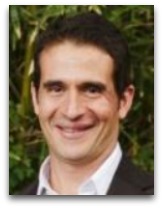 In hmolscience, Carlos Ardenis Silva Hernandez (c.1982-), cited as Carlos A. Silva, is a Venezuelan-born American mechanical engineer noted for his 2008 entropy generation theory of human aging, co-developed with Indian-born American mechanical engineer Kalyan Annamalai, and for their 2011 "Human Body: Formula" chapter subsection, of Advanced Engineering Thermodynamics, wherein, via citation of Thims human molecular formula (2002), they define a human, from a thermodynamic point of view, as “a 26-element energy/heat driven dynamic atomic structure.”

Education
Silva completed his BS in mechanical engineering in 1994 at IUPFAN, Venezuela. From 1995 to 2003, Silva worked as a production supervisor at Tecpetrol de Venezuela. Silva then entered Texas A&M University, working as a research assistant and instructor, while doing graduate school coursework. One of his courses was Indian-born American mechanical engineer Kalyan Annamalai’s graduate thermodynamics classes, whom Annamalai describes as a “very bright student”. [3] In 2004, after reading the 1977 article “Measuring the rate of living of the Human Organism by Entropic Analysis” by Hsuan-Hsien Wang and “Entropy Generation in the Human Body: Estimation by Means of Energy Requirements”, Daniel Hershey, Annamalai and Silva attempted to extend on this work by applying similar procedure on entropy generation of whole body as a sum of vital organ generation rates, which resulted the 2004 report “Entropy Generation in the Human Body: Estimation by Means of Energy Requirements” by Silva and two joint journal articles on human entropy generation by Annamalai and Silva. [4] Silva completed his MS in this general area in mechanical engineering in 2005. Silva did not, however, go on to complete his PhD on human entropy generation as funding for this type of human thermodynamics research or professorship at that time to support him in human entropy generation graduate school work was not available at this time. [3] Instead, Silva completed his PhD in 2010 with a dissertation on “Molecular Dynamic Simulation of Thermo-Mechanical Properties of Ultra-Thin Poly Methyl Methacrylate Films”. [2] Silva, currently, is a project engineer at FMC Technologies, Texas.