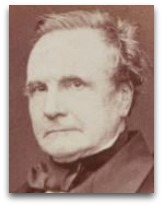 In hmolscience, Charles Babbage (1791-1871) (IQ:170|#222) (CR:8) was an English mathematician, philosopher, and mechanical engineer, oft-characterized as one of the pre-eminent polymaths of the 19th century, a top 100 Eells mathematician (#60), a Ranker greatest mind (#243|1131), known generally for his 1827 “difference engine” or analytical engine, a computer forerunner, and for his Ninth Bridgewater Treatise (1837), which outline a theory of natural religion, a science and religion reconciliation attempt, arguing, among other things, that miracles are in accordance with the order of nature. [1]

Religion | Science
In 1837, Babbage, in his Ninth Bridgewater Treatise, argued the following:

“There exists no fatal collision between the words of scripture and the facts of nature.”