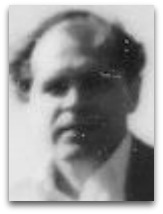 In human thermodynamics, Charles E. Hansen (1943-) (DN=1) is an American systems analyst, economics consultant, and engineer noted for his 2004 book The Technology of Love, wherein he attempts to define “love” in scientific formalism, in part using entropy, anti-entropy, and thermodynamics logic (see: thermodynamics of love). The book, curiously, devotes at least thirty pages to discussion of entropy. [5]

The book, according to its synopsis, “offers the first formal ‘working definition’ of love applicable to the entirety of daily living and buttresses it with a breakthrough argument that love is a scientific reality of the universe that is here to stay [and] continues the work of Pitirim Sorokin who attempted a similar scientific approach to love in the 1950s and also offers a solution to the unfinished work of Charles Peirce, the founder of pragmatism.” [1]

The book seems to be self-published by the “Corsense Institute”, which has the tagline “Dedicated to the Philosophy, Science, and Technology of Love”, a 2005-launched site run by Hansen. [2]

Mathematics of love
Interestingly, Hansen’s book contains a chapter ten on the mathematics of love, wherein, building on work of Pitirim Sorokin and Talcott Parsons, among others, to outline a “vectors model” of human action. [4]

Education
Hansen completed his BS in engineering (electrical and aeronautical) and business at the University of Colorado, his MBA at Wright State University, Ohio, and studied at George Washington University in the doctoral program for economics from 1971 to 1977. [3] Hansen states that he informally began his “study of love” while a doctoral student. [1] He states that he formally started work on what he calls the “Technology of Love Project” in 1983. [3]

Difficulties on theory
A salient difficulty in Hansen’s work is that it is crouched subtlety in suppositions on spirituality and God, although, to note, it does seem to be a grade above the typical Bible-pushing agenda books (e.g. Adrian Hough, Gilbert Wedekind, M. Scott Peck, John Sanford, etc.) in its level of complexity and readiblity. To give some idea, two example passages: [1]

“Efficiency is one of our foremost higher needs; and because our entire human system, mind, and possibly spirit, run on energy, it is energy efficiency that is the basic issue, and it encompasses every technology humans have ever developed beginning with the first word and the first tool or the first learned technique, perhaps climbing a tree.”

“Auguste Comte took the proposition of love as such a grand social solution and pushed it beyond what many felt to be the limits of common sense—by, for instance, the incredulous proposal of having us worship woman in place of God.”

He also mentions, on the back cover, that the book will be is for scholars of “David Hume, Adam Smith, Charles Peirce, Sigmund Freud, John Rawls, Jesus, and Einstein” (which implies that Hansen assumes Jesus was a real person, and not simply Osiris mythology); the book is also mixed with Hinduism, e.g. discussing Brahma, and the other B-ra-ham-ic religions, such as Buddhism, along with Confucius, among other religious and or possibly new age concepts, e.g. “biological-psychological-spirituality”, etc.