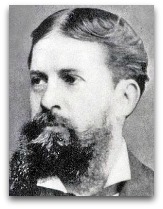 Positivism
In 1868, Peirce, in a number of articles, supposedly, launched a systematic attack on the basic tenets of positivism. [3]

Tychism
In 1891, Peirce began to position an explicit and overt chance-based philosophy; the following year, he coined the term “tychism” to define this ideology or belief:

“In an article published in The Monist for January, 1891, I endeavored to show what ideas ought to form the warp of a system of philosophy, and particularly emphasized that of absolute chance. In the number of April, 1892, I argued further in favor of that way of thinking, which it will be convenient to christen tychism (from tyché, chance). A serious student of philosophy will be in no haste to accept or reject this doctrine; but he will see in it one of the chief attitudes which speculative thought may take, feeling that it is not for an individual, nor for an age, to pronounce upon a fundamental question of philosophy. That is a task for a whole era to work out. I have begun by showing that tychism must give birth to an evolutionary cosmology, in which all the regularities of nature and of mind are regarded as products of growth, and to a Schelling-fashioned idealism which holds matter to be mere specialized and partially deadened mind.”

This, of course, is the polar opposite of anti-chance philosophy.

Influences
Peirce has been classified, by David Skrbina (2005), as a noted western panpsychist philosopher, along with: Friedrich Schelling, William Clifford, Gustav Fechner, Paul Carus, Empedocles, Epicurus, William Gilbert, William James, Gottfried Leibniz, Carl von Nageli, Josiah Royce (mentor to John Boodin), and the Stoics, each of whom were read and cited by Peirce. [4]

“It is a common observation that a science first begins to be ‘exact’ when it is quantitatively treated. What are called the exact sciences are no others than the mathematical ones.”

“The discovery of the law of conservation or persistence of energy is the greatest that science has ever made, and nothing that can be discovered hereafter (unless it be of a supernatural kind) can equal it in importance.”

“The undertaking to which this volume inaugurates is to make a philosophy like that of Aristotle, that is to say, to outline a theory so comprehensive that, for a long time to come, the entire work of human reason, in philosophy of every school and kind, in mathematics, in psychology, in physical science, in history, in sociology and in whatever other department there may be, shall appear as the filling up of its details.”

“I have read and thought more about Aristotle than any other man.”

“Every plank of science’s advance is first laid by the spontaneous conjectures of instinctive reason.”