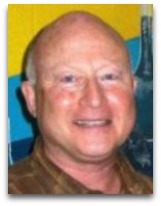 In hmolscience, Charles M. Wynn, Sr. (1939-) is an American chemical engineer and organic chemist noted for his 1994 “Heat Flow vs. Cash Flow: A Banking Analogy”, wherein he attempts to model interpersonal cash flow in heat terms, i.e. exothermically and endothermically, and for his 2011 editorial efforts to reconcile faith and science.

Overview
In 1994, Wynn, in his “Heat Flow vs. Cash Flow: A Banking Analogy”, posits that a person’s amount of readily available case from an ATM is modeled as a thermodynamic system, according to which money withdrawal (exocash) is considered as an exothermic reaction and money deposit (endocash) an endothermic reaction; he abstract of which is as follows: [1]

“An analogy is drawn between the withdrawal of money from an automated teller machine (ATM) and an exothermic chemical reaction. In the analogy the amount in an individual’s account is regarded as the system and the money withdrawn is regarded as part of the surroundings. Diagrams are used to present the analogy. An analogy can be drawn also between a deposit into an account and an endothermic chemical reaction.”

Religion | Science
In 2011, Wynn, together with American physicist Arthur Wiggins (Ѻ), edited the collaborative book And God Said, Let There Be Evolution, where a number of religious-minded scholars attempt to argue that evolution can be reconciled with religion, Christianity and Islam in particular, namely by a flexible re-interpretation and reading of the various Biblical and Quranic passages, and that one doesn’t have to abandon one’s faith in order to accept modern science. [3] The following is a representative quote from the their book, in respect to a view they seem to oppose:

“Materialism is absolute and we cannot allow a divine foot in the door.”

Kozliak
Wynn’s analogy, to note, inspired the 2002 article “Energy and Money, Chemical Bonding as Business, and Negative ΔH and ΔG as Investment” by Russian-born American physical chemist Evguenii Kozliak, who expanded on the former in a number of ways. [2]

Education
Wynn completed his BS in chemical engineering at the City College of New York and his MS in chemistry and PhD in 1965 organic chemistry, the latter with a dissertation on "Stereochemistry of Pyrrolidine Addition to Bicyclo[2.2.2]oct-2-ene-2-carbonitrile", at the University of Michigan. Wynn presently is assistant chair and professor at Eastern Connecticut State University. [4]

Note
Wynn senior not to be confused with his son, Charles M. Wynn, Jr., a research physicist at MIT's Lincoln Lab in Lexington, MA,