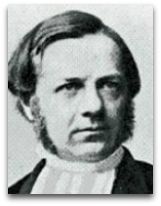 In thermodynamics, Christoph Buys-Ballot (1817-1890), or Buys Ballot, was a Dutch meteorologist noted for his 1858 so-called dining room anecdote objection to Rudolf Clausius' calculation of the speed of gas molecules.

Overview
In 1858, Buys-Ballot objected to the calculation of the speeds of gas molecules by German physicist Rudolf Clausius, said to be several hundred meters per second on the grounds that it takes up to several dozen seconds for the aroma of a hot dinner to travel across a long dining room. [1] The specific now-famous ‘dining room anecdote’ objection by Ballot is: [2]

“If I were sitting at one end of a long dining room and a butler brought in dinner at the other end, it would be some moments before I could smell what I was about to eat. If atoms were flying at hundreds of meters per second, I should smell the dinner as soon as I saw it.”

This objection spurred Clausius into the development of the rebuttal that the reason smell takes so much longer to cross a room is that the particles of gas constantly bang into each other, hence the path of any one given molecule is zig-zaggy, the overall magnitude of the path traversed by the particle referred to as the ‘mean free path’; a term introduced the following year by Clausius to remedy Ballot’s objection. [3] Clausius’ short answer was that: [4]

Education
Ballot completed his BS in mathematics and physics in 1839 at Utrecht University. In 1842, he studied under chemist Gerrit Mulder and the following year published a book of tables for use in inorganic chemistry lab. In 1844, Ballot completed his PhD, with a thesis On Cohesion and Adhesion (The Synaphia et Prosaphia), under physics professor Richard Rees. At Utrecht University, he was professor of geology and mineralogy (1845), theoretical chemistry (1846), mathematics (1848), and physics (1867).